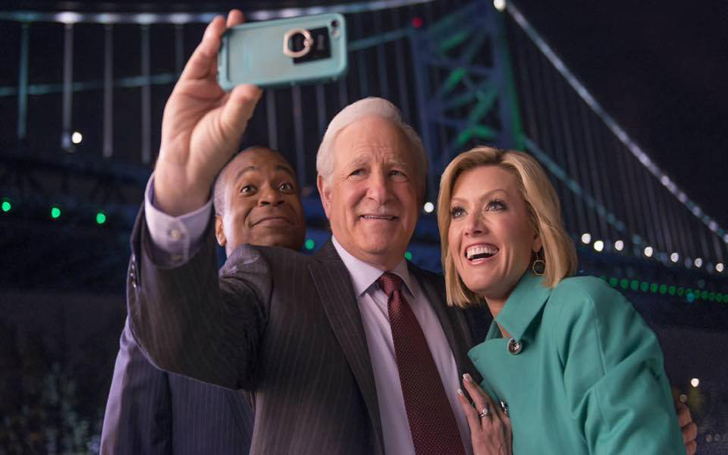 A video on social media is rounding off.

In the video, Jim Gardner is seen searching for something in between a live broadcast.

Monday night meteorologist Cecily Tynan was on a live broadcast, and unfortunately, she lost her earring during her forecasting at 6 p.m.

On Monday. Expressing her views over earring, she said to viewers that she liked the earring and did not want to lose that.

Gardner was seen in the background searching for the earring and later found it. Tynan speaking about the moment said “He’s such a team player. That was, like, my favorite moment ever on action news.”

Gardner who has been employed for 40 years till date at 6ABC has served as an anchor to action news.

Last week he was honored for his 40 years of the network, and a tribute video was made where colleagues and celebrities are seen speaking about Gardner and wishing him including Jimmy Kimmel.

“There’s a lot of fake news out there these days. So much fake news. But one man has always given it to us straight,” Kimmel talked about Gardner. “Jim has the gravitas of Walter Cronkite, the tenacity of Ted Koppel, and the mustache of Ron Burgundy. All the greats wrapped up into one.”

You May Interested IN, Who Is Younes Bendjima? Here Is Five Facts About Kourtney Kardashian' Former Boyfriend