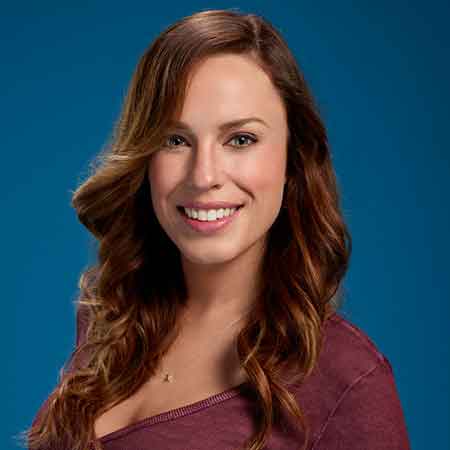 Jessica McNamee is an Australian actress, who is well known for her roles in films like The Vow, starring Channing Tatum and in Chips, featuring Dax Shepard. Jessica's portrayal of female tennis player Margaret Court, in the sports biographical film Battle of the Sexes, has been considered her most notable works by far.

Jessica McNamee was born on the 17th of June in 1986 in the capital city of Sydney. She is the daughter of Peter McNamee and Helen McNamee. Her nationality is Australian and her ethnicity is Caucasian.

She has four other sisters, namely Mel McNamee, Rebecca McNamee, Abbey McNamee and Penny McNamee, who is also an actress. Jessica also has a younger brother called Patrick McNamee. She is the aunt of actress Taegan Croft, who is the daughter of her sister Rebecca.

Jessica has completed her education from the Swinburne University. She has not gone to the lengths of discussing her educational background with the media.

Jessica McNamee made a debut in television with a minor role of Lisa Duffy in the soap opera Home and Away aired in the Seven network channel. Soon she was the main cast in the television sitcom Packed to the Rafters. She has appeared in total 55 episodes of the show as Sammy Rafter.

McNamee was also a contestant in the Dancing with the Stars in 2009 and was partnered with Stefano Olivieri, but was eliminated before the finals.

It’s the 10th somewhere! @megmovie is here! More spam of the incredible cast at the premiere #themeg #TheMegMovie

Jessica McNamee was also in the cast of the movie The Loved Ones, a horror film released in 2009, starring Xavier Samuel and Robin McLeavy. She has also acted alongside actors like Channing Tatum and Rachel McAdams in the romantic drama, The Vow.

Jessica McNamee has an estimated net worth of $1.5 million as of 2018, but she has not revealed her salary till now. A major part of her wealth in her current net worth comes from her works in television series and movies.

Jessica McNamee has not been married yet, but she is in a relationship with the American model, Sean'O Pry. The couple has been dating since 2014.