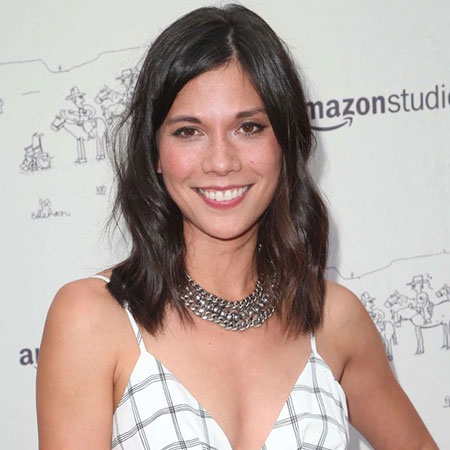 Jessica Andres is an American actress who has worked in films like the live-action adaptation of the "Avatar: The Last Airbender." Along with her films, she has also played roles in many T.V series and short films. Her major T.V shows include "Gossip Girl" and her most notable film appearance was in the Hollywood rom-com "Just Go with It." She is also known for her recurring role as Caroline Lee in "The Lizzie Bennet Diaries."

Jessica Andres was born Jessica Jade Andres in Burnsville, Minnesota, the United States on May 30, 1985. According to her birth date, she was born under the star sign of Gemini which defines her as intellectual as well as fun loving personality.

Andres belongs to the Philippian decent and is an American by nationality. She was born to father Vincent “Vince” Andres and mother Lavonne Andres. She studied Bachelor of Fine Arts at the New York University Tisch School of the Arts. She is signed to the CESD Talent Agency in Los Angeles.

Jessica Andres is a professional actress, who has worked in many short films and TV shows. Talking about herTV shows, she has worked in the series such as Dabsity, Edgar Allan Poe's Murder Mystery Dinner Party, Emma Approved, Freak Out among others. She started becoming famous after her performance in television series including her short role in Gossip Girl.

She has also worked in films such as Professor Phillips & the Devil, Knotts Road to Juarez, Jessica California USA, Heat Wave etc. She was in the M. Night Shyamalan film The Last Airbender with Dev Patel, however, her scenes were cut out from the final movie. She also appeared alongside the star cast containing Jennifer Aniston and Adam Sandler in 2010 movie Just Go With It.

Andres is a very versatile and multitalented actress who has worked on many projects. As of 2018, Andres' exact net worth is still under review, but seeing her popularity and roles in the movies and TV series, we can speculate she owns a good net worth.

According to Payscale, an average American actor earns around $51,000 annually. She is a person who loves to maintain privacy regarding her private life and earnings. Andres has worked in some big budget movies like Just Go With It which was made under the budget of $80 million and it collected a whopping $215 million at the Box Office.

Jessica Andres, she remains secretive and has been tight-lipped regarding her personal life and relationship matters. As per some tabloids, Andres is currently single and unmarried. However, her past relationship and boyfriends are still the mystery. Andres is also not active on social media like other celebrities which makes her fans and supporters difficult to know anything about her except about her films and television series.