Jeremy And Pregnant Audrey Roloff Will Be Welcoming A Baby Boy! 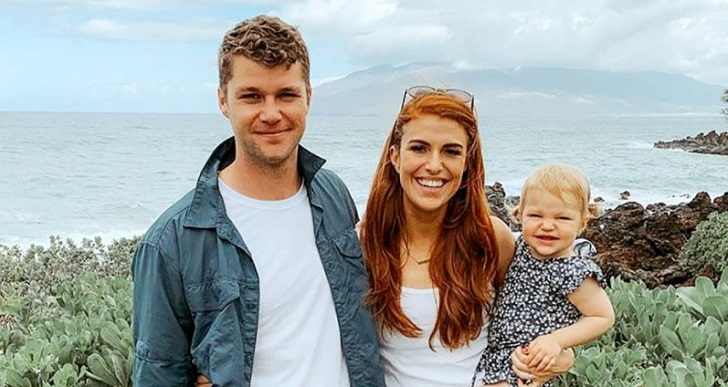 Jeremy Roloff And Pregnant Audrey Roloff Have Now Revealed The Sex Of Their Upcoming Child!

The couple, who announced the pregnancy in July, announced the gender of their upcoming child with a video from their party on Saturday, 17th August.

The announcement was joined by their daughter when they learned about expecting a boy via blue-colored smoke. The soon-father-to-be-of-two claimed that the family is superexcited whereas Audrey sharing the happy news on Instagram wrote We are surprised and can’t wait to be a family of four.

It’s a.......... We’re so excited! Haha cheers!!Thanks @jackbotti for the incredible video as always!

The 28 years old television personality teased the big reveal on 15th August when she shared a sweet family picture on her Instagram where Ember was sitting on her father’s shoulder, giving him a kiss writing Take your guess … Pretty soon we get to find out the gender of this precious little love growing inside of me. She then asked her fans to cast their vote about the sex of their child in the comments.

Baby #2 is coming in January!!! Ember is gonna be a big sister! We are so grateful and excited for this little blessing to join our family

Jeremy and Audrey announced their impending happiness on 1st July sharing the snapshots of the pair and their daughter flaunting with ultrasound pictures.

The couple got married in 2014 and is leading a blissful married life of over four years.

ALSO SEE: What Is Little People Big World.'s Audrey Mirabella Botti's Net worth? Details On Her Salary, Earnings, And Career