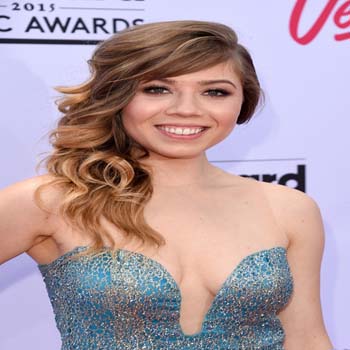 Jennette McCurdy is a prominent actress, producer, screenwriter and singer-songwriter. She has specialized in country-pop and is well known for her character as Sam Puckett on Nickelodeon sitcom, iCarly. She has made her appearances in numerous television series in her career.

Jennette McCurdy was born as Jennette Michelle Faye McCurdy on 26th June 1992 in Long Beach, California, U.S. She was raised in Garden Grove with her three older brothers named Marcus, Scott, and Dustin.

Jennette McCurdy commenced her acting career in 2000 on MADtv. She was eight years old during that time. Soon after, she began emerging in scores of television series like CSI: Crime Scene Investigation, Lincoln Heights, Will & Grace, True Jackson, VP,  and Malcolm in the Middle.

Her other works include Law and Order SVU, Medium, The Inside, Judging Amy, Karen Sisco, Close to Home, Over There and also Close to Home. She has starred in the Nickelodeon TV series iCarly as Sam Puckett.

Michelle also appeared as character Bertha in Fred: The Movie. She signed into the United Talent Agency cast of actor and performers for film, TV, music and other areas on 1st December 2011.

Michelle reprised her role as character Sam Puckett in the Nickelodeon series Sam & Cat. Then Jennette went on to launch her own online show named What's Next for Sarah?. Jennette is a proud executive producer, editor as well as an actor of the show.

She announced on her official website that she was working on her debut album on June 2008. She released her first single named So Close on 10th March 2009. Then her second single titled Homeless Heart was released on May 19.  This specific song was released in the honor of Jennette's recently departed friend Cody Walters who died at the age of 9 from brain cancer.

In 2009, Jennette signed an agreement with a country music label named Capitol Records Nashville. She began writing articles in the Wall Street Journal and has written eight articles to date.

She includes subjects like Shirley Temple, body shaming and corporate culture of smoke and mirrors. She includes topics that can help people. She published an article titled Off-Camera, My Mom's Fight With Cancer in the Wall Street Journal on June 11, 2011.

Jennette has appeared in numerous TV series covering Victorious, Zoey 101, True Jackson, VP, Malcolm in the Middle and also Lincoln Heights. Jennette is a producer, writer, and actor of her online series What's Next for Sarah?.

Jennette has maintained an impressive net worth of $5 million, According to celebrity net worth as of 2019. She earns a salary of $50000 for her work in iCarly. The women of all seasons have collected such a good amount of money from her successful music and acting career.

Jennette has also become a columnist for the magazine named Seventeen. Jennette began dating Graham Patrick Martin on 6th September 2004. The couple separated in December 2008. Next to her boyfriend list came Max Ehrich with whom she began dating in September 2010 and ended the relationship a year later.

In September 2013, Jennette began dating NBA player Andre Drummond whom she met via twitter. The couple dated briefly. Not long after their separation, three racy pictures of Jennette posing seductively for the camera and wearing only lingerie were leaked on the internet.

No surprise, Andre Drummond was also blamed publicly for it. Although Jennette strongly claims that it was done by her ex-boyfriend, Drummond callously denies it.

Sources reported that McCurdy is currently dating her co-star Jesse Carere. The couple has been together since 2015.