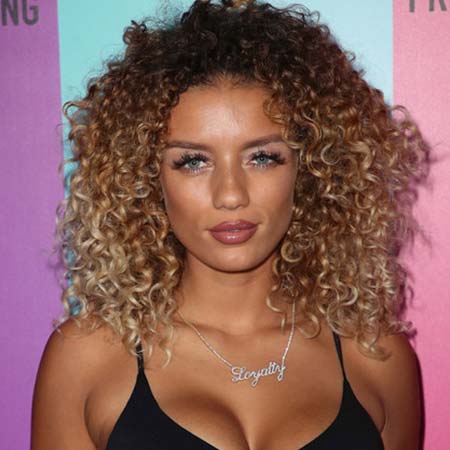 For today's generation, social media has become one of the popular and easiest platforms to showcase one's talent and beauty and gorgeous model, Jena Frumes is definitely one of them. She is a rising Instagram model popularly known for her popular Instagram account, which has over 3.5 million followers. as of early June 2019. The American model is also well known for her appearances in the short film Mango and Guava and in the music video of Jacob Latimore.

Who are Jena Frumes Parents?

Jena Frumes was born on  September 21, 1993, in Cranford, Union County, New Jersey under the birth sign of Virgo. Most of her early childhood days, Jena spent in her hometown Cranford with her family.

She holds an American nationality and belongs to a mixed(African, French and Native American) ethnic group. She grew up along with her young sister. However, her parent's details are not available.

Regarding her education, she attended High School in New Jersey. Then, she went to North Carolina University in Durham, NC to pursue an undergraduate degree.

Frumes started her career on several social sites and after gaining a number of followers, she successfully established herself as a model. She gained her first break after she featured in American rapper, actor and comedian Nick Cannon’s popular TV show, ‘Wild N’ Out’ on MTV.

Till date, she has appeared in several music videos including Jacob Latimore’s single, ‘Ah Yeah’. She made her first major movie role in the sports drama ‘Mango Guava’.

She is accused of having plastic surgery, however, she denied the allegations.

Jena Frumes' Net Worth And Earning

Jena has maintained a net worth of $250,000 thousand. The primary source of her income is modeling a career.

Besides, the social media star has also been running her self-titled YouTube Channel. She has over 42.1k subscribers on her Channel. It likewise plays a major role in her earnings.

The beautiful model is not married yet but has dated many well-known personalities. She was in a relationship with American Football player Antonio Brown. But after a month of relationship, Antonio called off their relationship stating that he has to return to the mother of his children, Chelsie. Even he posted the picture of his her pregnant girlfriend along with his two kids and captioned it

Moreover, Jena also romantically involved in a relationship with the famous footballer Jesse Lingard. Sources report that the model started dating her ex-boyfriend in early 2017 and broke up in March 2018.

CAPTION: Jena Frumes is an American model, who made a name for herself through social media SOURCE: FamousFix

As of now, she is believed to be single as there is no news of her having a boyfriend. She might be focusing on her acting career.