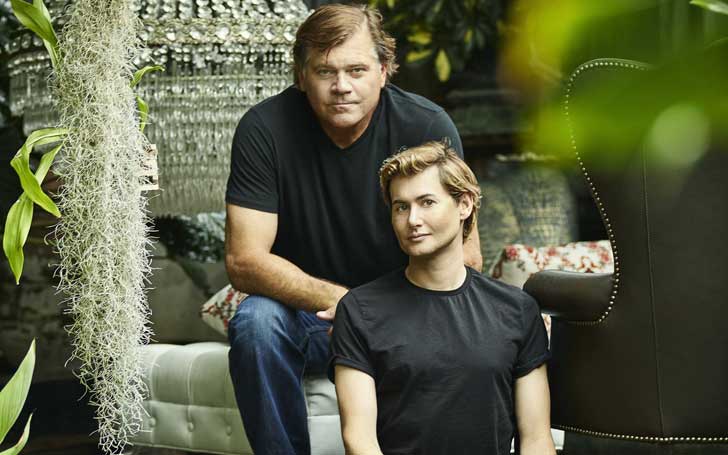 Retired NFL player Jeff Rohrer and his fiance, Joshua Ross got married Sunday evening, 19th November in Los Angeles. Rohrer becomes the First NFL player ever to be in a same-sex marriage.

Rohrer and Ross exchanged their vows amid 150 family and close friends as their wedding attendees. The grooms wore midnight blue Ferragamo tuxedoes on their big day. 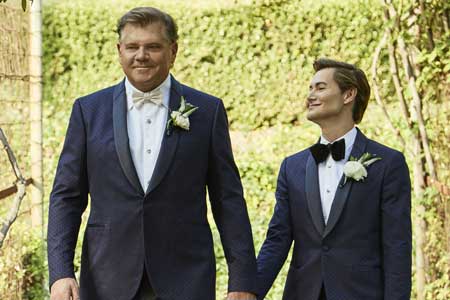 Guests enjoyed the champagne before taking their seats where they were provided with two stones; one rose quartz, which symbolized love, and one amethyst, that symbolized friendship.

Rohrer tied the knot with his gay partner just days after he came out of the closet during a recent interview with The New York Times.

On Friday night, Rohrer and Ross hosted their 50 friends and relatives for an intimate dinner at Palihouse in West Hollywood. The next day, the married-to-be-couple honored their Lone Star State roots in a Texas-style hoedown at Sunset Ranch. Ross said of the bash as:

I'm from Texas, and Jeff played for the Dallas Cowboys and lived there for nine years, so we both have a huge kind of affinity for Texas.

The guests enjoyed the barbecue, live music, dancing and horseback riding there. 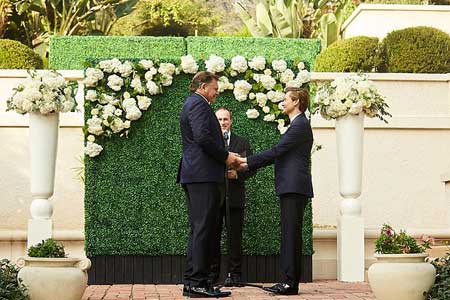 The newlyweds started dating in 2015 after they first met at a bar in West Hollywood. Before Jeff was married to an unnamed woman and he shares two teen children, a daughter; Isabella Rohrer, 15, and a son Dondillon Rohrer with her. He currently lives in LA.