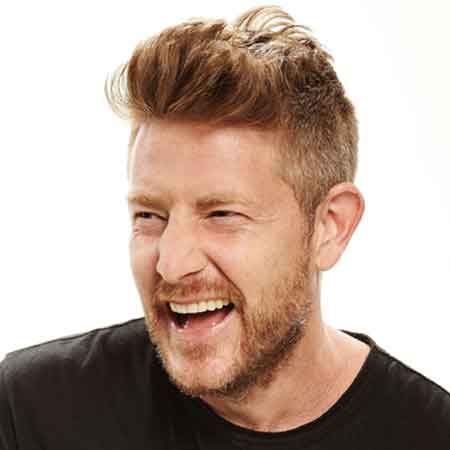 In today's world, social media has become the best way to gain fame and millions of people are struggling hard to be famous, however, only those with a unique idea, talent, and beauty have made it far enough to be considered as an internet celebrity and Jason Nash is definitely one of them. He is a popular YouTuber, director, writer, actor, and comedian who started his career as a Viner. Nash is most popular as a participant and the semi-finalist of the show Last Comic Standing in the year 2010. Besides, he also produced, directed, and starred in several movies and web series including Jason Nash is Married and FML.

Jason Nash was born on 23rd May 1973, in Boston, Ma s sachusetts, the U.S. under the birth sign Gemini. He was born to Asian descent parents.

He went to the University of Ma s sachusetts Amherst. After that, he started working with Norm Macdonald on Saturday Night Live. In the year 2001, Nash moved to Hollywood and became a part of the sketch show Random Play for VH1.

Nash then wrote and directed various shows for television channels like NBC, Comedy Central, Fox, and many others. Soon after, he created his own internet profile on the six-second video channel Vine and earned more than 2 million followers.

After Vine shut down he moved to YouTube. Nash created a vlogging channel on Youtube where he posts vlogs and videos and has over 3.16 million subscribers on his channel.

Moreover, Nash created a web series named Jason Nash Is Married. He also directed and starred in the web series which was later made into a film released in the year 2014.

Later, he wrote another web series, How to Be a Man and The Shaman. In 2016, Nash directed and acted on the screenplay of a road trip comedy with the title, FML.

Jason Nash earns an impressive amount from his career. His net worth is estimated to be around $1 million as per celebrity net worth. His main sources of income are his online sketches, TV stints, stand-up acts, and YouTube videos.

Nash is also running his own clothing line (merch) where most of his products are range between $22-$45.

Also see, Jaclyn Hill Is One Of The Highest Paid YouTubers: How Much Is Her Net Worth? Details Of Her Houses And Cars

Jason Nash was in a relationship with American media personality, recording artist, actress, and entrepreneur, Trisha Paytas. The couple often shared several photos on their respective Instagram accounts. However, they broke up in Feb 2020. As of 2021, he is reportedly single.

There goes the neighborhood

Previously, he married his college sweetheart, Marney Hochman. The former couple first met in college, dated for many years, and eventually exchanged vows.

They have two children together, a son named Wyatt and a daughter named Charley. Unfortunately,  they divorced and the reason for the separation is still not clear as none of them have spoken about the matter.

David discovered Nash at a comedy club and offered him a character in his vlogs. Later, he began to upload his own videos.

2. What is Jason Nash's net worth?

His net worth is estimated to be around $1 million as per celebrity net worth. His main sources of income are his online sketches, TV stints, stand-up acts, and YouTube videos.  Nash is also running his own clothing line (merch) where most of his products are range between $22-$45.

5. Does Jason Nash have a wife?

He was married to his college sweetheart, Marney Hochman and the couple shares two children; a son and a daughter. Sadly their relationship did not last and the pair got divorced. His net public relationship was with American media personality, recording artist, actress, and entrepreneur girlfriend Trisha Paytas. The couple also broke up in Feb 2020. As per the sources, he is currently single.

Let's check out the interview of YouTube sensations Trisha Paytas and Jason Nash talking about their relationship.