Jason Behr is an American actor famously known for his leading role as Max Evans in the science fiction television series Roswell. His role in the feature films The Grudge and Skinwalkers also earned him more recognition. Moreover, the actor notably appeared in TV series such as Sherman Oaks, Push, and Supergirl.

Jason Behr was born Jason Nathaniel Behr on December 30, 1973, in Minneapolis, Minnesota, the United States. He is one of four children to Patricia Ann Steiner and David Behr.

He has two brothers, Johnny Behr and Andrew Behr, and a sister Alisa Behr. After the divorce of his parents, Jason moved to the suburb of Richfield with his family.

He went to a private grade school named St. Richards Catholic Elementary. Then, he graduated from Richfield Senior High School in 1992.

Jason Behr made his on-screen debut with the television sitcom Step by Step in 1994. A year later, he landed the main role of Tyler Baker in the TV series Sherman Oaks.

He got his first film role in the fantasy comedy-drama film Pleasantville. His other early movie and TV role are Rites of Pa s sage, Pacific Blue, and Buffy the Vampire Slayer. 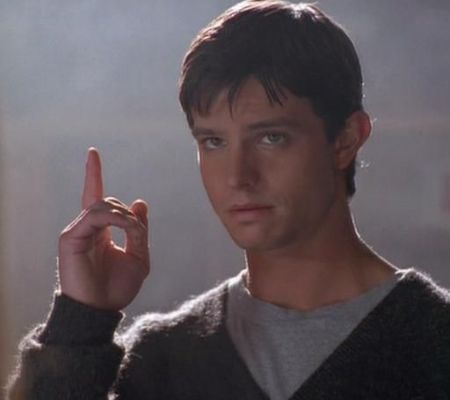 Behr portrayed the leading role of Max Evans in the science fiction television series Roswell opposite Shiri Appleby, Colin Hanks, and Adam Rodriguez from 1999 until 2002. He was cast as Doug in the supernatural horror film The Grudge 2004.

In 2007, he starred as Varek in the horror-action film Skinwalkers. The same year, he appeared in the feature films D-War and The Tattooist.

American actor Jason Behr has a whopping net worth of $2 million as of April 2021. He earned his wealth from his successful acting career.

He was a part of the supernatural horror film The Grudge, which ama s sed a worldwide box office collection of $187.2 million against the budget of $10 million.

Additionally, his wife, KaDee Strickland, an actress, has a net worth of around $500 thousand at present.

Jason Behr and KaDee Strickland exchanged wedding vows on November 10, 2006, in Ojai, California. His wife is an actress known for her performance in ABC's Private Practice. They first met was during the shootout of The Grudge. 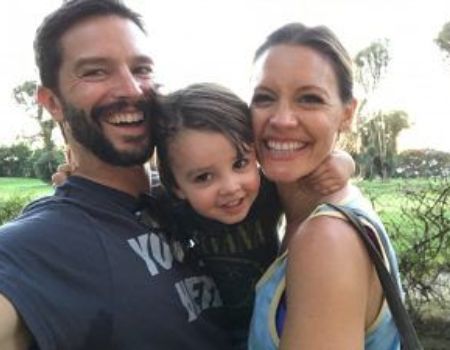 Jason Behr with his wife and son SOURCE: Pinterest

The couple welcomed their first and only baby son, Atticus Behr, in October 2013, and he is currently 7 years old.

Prior to Strickland, Behr was dating, actress and his Rosewell co-star Katherine Heigl.