Who Is Actor Jason Beghe Dating After Filing Divorce From Ex-Wife Angie Janu? Is He Still Single? 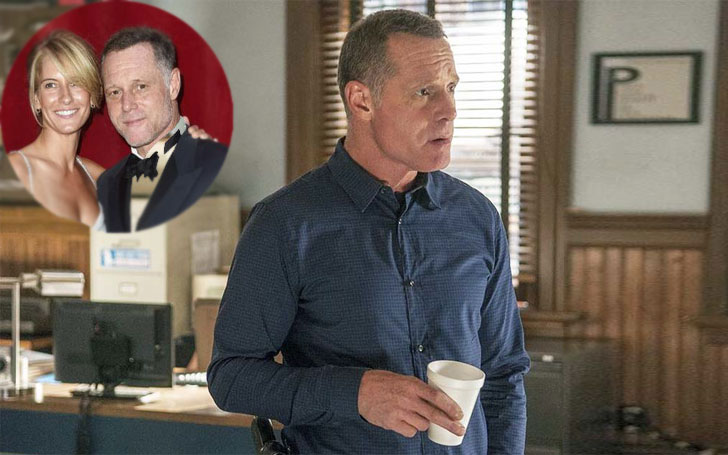 Television and film actor, Jason Beghe was happily married to his wife, Angie Janu, an American actress. But the couple called it quits after over 17 years long conjugal life.

The 59-year-old actor Beghe is popular for appearing in various television series and movies. Beghe and Janu's 17-year-long bond broke in 2017, but what was the reason behind their separation? Let's know it here.

What Turned Jason Beghe's Marriage To Angie Janu To Divorce?

The Home Alone 4 star Jason Beghe doesn't usually come in the spotlight, however, the media always seem hungry for his private life. So, what's in the store of Beghe's married life? The Chicago P.D. star Beghe married Janu in February 2000. The couple stayed behind each other in their success and failure. They both spent ample of happy moments together. Even more, Janu supported her ex-husband Beghe in his decision to follow Scientology.

The couple was also blessed with two children; Bix Beghe and Bear Beghe during their 17-years long married life. After following Scientology for over 13 years, he decided to leave it in 2007, and the reason for his decision is believed to be his children.

I think the word would be attrition. My last 10 years in the organization was really the worst time of my life. I think my breaking point came when my wife got pregnant.

I was like, 'Holy shit. I’m going to be a father.' I wanted to be a good father, so I started thinking about what ‘what’ meant. I thought maybe I’d try to make a lot of money, but I knew rich people growing up and their kids were unhappy.

In 2017 December, after over 17-year-long married life, Jason Beghe filed for divorce from his then-wife Janu. Beghe also requested the joint legal and physical custody of their two children. In his court papers, the actor mentioned they had been living separately for over a year citing the date of separation as May 2016.

Their divorce is yet to be finalized.

Talking about Beghe's ex-wife, Angie Janu, she garnered many audiences with her exceptional performances in the shows like; Dress Grey, Quantum Leap, Murder and more. Both the couple has been staying out of the spotlight since Beghe filed for divorce in 2017. So, the current relationship status of  Beghe, as well as Angie Janu, is unknown.