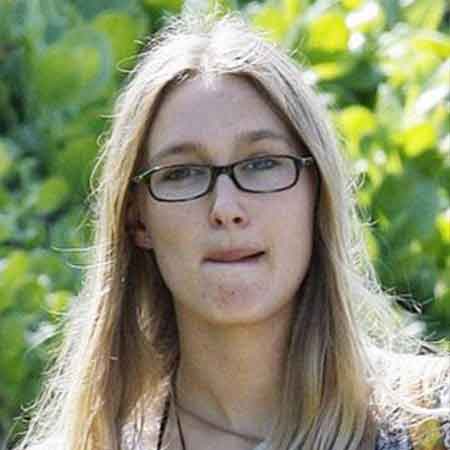 Pilchard studied at the University of California after completing her school and high school education at a local high school.

Jasmine Gosnell is not known to be engaged in any profession. Despite being a familiar face in media, she has not revealed her profession yet. She started to be recognized after she started dating actor Paul Walker back in 2006, however, she has only opened up a small part of her life.

Paul Walker, who died in a car accident, was one of the successful actors who used to earn a handsome amount of money throughout his acting career. At the time of his death, Walker had an estimated net worth of around $25 million.

Walker was fond of sports cars and had a car collection that included lavish sports cars like Ferrari, Lamborghini, Corvette, and Porsche.

Jasmine Pilchard Gosnell is not married as of 2018, but she is in a long-term relationship with her boyfriend Travis Turpin, a famous musician, They started dating back in June 2014 and after dating just five months Travis popped up the question to Jasmine, marrying her in November 2014. She then took to her Instagram to share the happy news of her engagement with her boyfriend of five months.

Before Jasmine started dating Turpin, she was in a longtime relationship with actor Paul Walker, who is known for his appearances in films like Fast And Furious where he worked alongside Vin Diesel, Gal Gadot, and John Ortiz, Jordana Brewster.

Rumored To be Engaged

Walker and Jasmine met in 2005 when she was only 16 years old and Walker was 33. They started dating shortly after their first meeting. Despite their huge 17 years of age gap, they were happy with each other and were greatly in love before Walker died in a tragic car accident in 2013.

In 2008, Walker and Jasmine were rumored to be engaged, but none of them addressed the rumor at that time, however, they were confirmed engaged after the death of the actor in 2013. Paul had a daughter Meadow Rain Walker with his then-girlfriend Rebecca McBrain, born on November 4, 1998. Jasmine was close with Walker's daughter Meadow while she was in a relationship with him.

Paul Walker died on November 30, 2013, after the Porsche Carrera GT in LA, they were riding crashed and burst into flames. Paul was with his friend and financial adviser Roger Rodas on that day. It was reported that the car had a speed of 100mph.

Previously, it was reported that the driver was under the influence, however, the autopsy showed no involvement of drugs in the accident. The crash occurred after the driver lost control of the vehicle and it partially spun around and began to travel in a different direction. After that, it got stuck on a tree the car started to burn. The car they were riding was almost split in half.