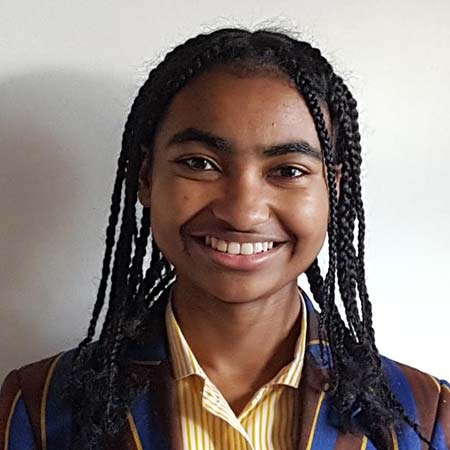 Jasmine Elcock is an English singer who came to limelight after participating on the 10th season of Britain’s Got Talent and was able to make to the finals. She has also performed at the finale of Teen Star as well as in various Open Mic UK contests.

Jasmine Elcock was born under the birth sign Aquarius on January 23, 2002, in  London, United Kingdom. She is of Britsh nationality and belongs to mixed ethnicity.

She has a very strong relationship with her parents who always helped her singing career and also gives her success credit to them.

Jasmine Elcock showed her talent with her beautiful voice on Britain Got Talent in season 10. She auditioned in front of a judge, David Willaims, Simon Cowell, Alesha Dixon, and Amanda Holden where she sang, Believe and was selected.

In her semi-final, she sang the song Wings for which she got a standing ovation from all the people and took herself to the finals. She, however, ended the competition at the 4th position.

Prior to her BGT appearance, she has appeared in the several other singing shows as well.

The rising sensation, Jasmine Elcock as of 2019, has an estimated net worth of $200 thousand. She is earning a huge amount from her singing career as an average salary of a singer is around $45,000-$65,000 per year.

She was also the final contest of Britain’s Got Talent where the winner was announced to get £250,000 which was taken by a magician, Richard Jones.

The young and talented rising star seems to be single at present. She is obviously too young to start a serious relationship and completely focused on her career.

She goofs around with her friends, reads books, travels, and shifts back and forth between fulfilling the responsibilities of adulthood and remaining a kid at heart.