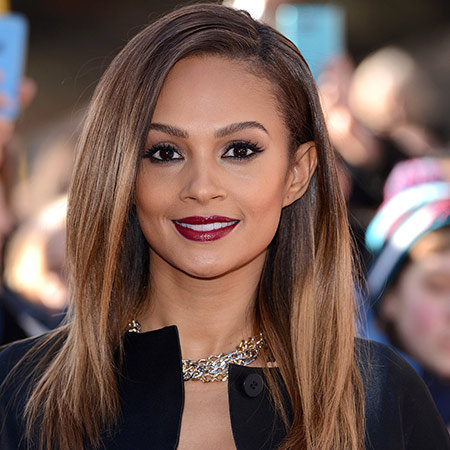 Alesha Dixon is a famous British Pop musician, a singer, dancer-rapper as well as a model and also a TV personality now, best known for being a member of the trio Mis-Teeq.

Dixon is also a part of the girl’s R N’B musical trio named Mis-Teeq, and in recent days has also been performing on her own; and has released some songs and a couple of albums with Polydor Records.

Alesha Dixon was born on October 7, 1978, in Welwyn Garden City, England to an English mother Beverly and a Jamaican father, Melvin.

Dixon's parents split up when Dixon was four and later Dixon's father moved away.  Her mother started living with her new partner and suffered domestic violence from her him.

Dixon has a sister Leyanne and 5 brothers Adrian, Mark, John, Callum and Jeroame.

Dixon went to Monk's Walk School in Welwyn Garden City, Hertfordshire. From her young age, she was good in sports and even did a diploma in sports studies.

Dixon also planned to study at Loughborough University but later change the plan because she was approached by a talent scout from a production company.

In the year 1999, Dixon began her career when she met Sabrina Washington, and both of them joined a dance school in Fulham, south west London.

Later, they decided to form a band when Dixon and Washington, the two co-founders, spotted Su-Elise Nash, a girl auditioning for another band.

Dixon has presented shows in the UK, such as the MOBO Awards, CD: UK, ITV2's coverage of The Brit Awards and presented the Live From the Red Carpet show at the 62nd British Academy Film Awards for E!.

Dixon is appeared as a guest on BBC One's current affairs program This Week on two occasions, in November 2006 and December 2007.

Alesha Dixon has been linked up with many celebs. The first she was in relation with James Chandler in the early 2000s. There was also a rumor that, she had an affair with Pharrell Williams in 2004.

In 2005, Dixon married her long time boyfriend, MC Harvey, a British rapper who she had been dating for five years. The following year they split up because her husband had slept with singer Javine Hylton.

Dixon is also believed to have been in relationships with Matt Di Angelo and Robert Kazinsky in the same year 2007.

Dixon is in a relationship with dancer, Azuka Ononye since 2012. The couple together has a daughter Azura Sienna Ononye, born on October 2013

When Dixon was pregnant, she managed to keep her baby bump hidden for around six months.

The Britain's Got Talent judge, Alesha Dixon earns relatively a good amount of money from her career. He current net worth is around $2 million.