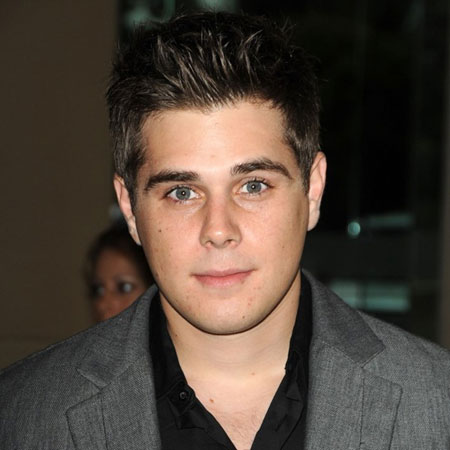 Canadian actor, Jared Abrahamson is best known for his portrayal of Tyson Burr in the 2016 film Hello Destroyer, for which he garnered a Canadian Screen Award nomination for Best Actor at the 5th Canadian Screen Awards. He also won the Best Actor in a Canadian Film at the Vancouver Film Critics Circle Awards 2016 for his performances in Hello Destroyer. He is also notable for his role as Trevor Holden in the Showcase and Netflix series Travelers.

Jared Abrahamson was born on 19, November 1987 in Flin Flon, Canada. He belongs to white ethnicity and holds an American nationality. Abrahamson was raised along with his three brothers and three step-siblings.

Abrahamson went to Vancouver Film School. He was named one of the Toronto International Film Festival's Rising Stars of 2016 alongside Grace Glowicki, Mylène Mackay and Sophie Nélisse. He also worked in various workshops and classes at Vancouver based schools like the Actor's Foundry.

Abrahamson was also involved in martial arts in his early age, but later he decides to pursue his career in acting at the age of 20.

Jared Abrahamson began his career by appearing in the American television series Awkward, along with Ashley Rickards, Nikki DeLoach, and Brett Daven.

Jared Abrahamson was also titled as one of the Toronto International Film Festival's Rising Stars of 2016, along with Grace Glowicki, Mylene Mackay, and Sophie Nelisse. In the year 2017, the actor made an appearance in several movies like Never Steady, Never Still, Keep Virginia, as well as Gregorie. The following year, he went on to play the role in the movie American Animals.

Jared has been the stars in Canadian-American science fiction TV series Travelers since 2016.

Along with his acting career, the 31 years old Canadian actor, Abrahamson continues to train in mixed martial arts.

Abrahamson has Professional records 1-1-0 and also a Muay Thau Kickboxing record of 2-0-0, where he fights under the name of Wolfblood Abrahamson.

Jared Abrahamson's net worth is expected to be around $500 thousand at present. He has worked on numerous popular television series as well as movies. He has earned a decent amount of salary from his acting career too.

Abrahamson was a cast member of a 2012 comedy movie  Diary of a Wimpy Kid: Dog Days. The movie was turned out to be a box office hit as it grossed over $77 million worldwide against its producing cost $22 million.

The Vancouver Film Critics Circle Awards winner, Jared Abrahamson is not married yet. He has not revealed his relationship status and girlfriend still.

By watching his romantic performance, we can predict that he will be a great boyfriend and husband. Despite his popularity, Abrahamson is successful to put his personal life low profiled.

It seems that he don't want any media as well as public attention in his private life. He may be dating his girlfriend secretly or enjoying his married life secretly with his wife.

However, we cannot confirm it till he discloses about it. So we can assume that he is possibly single.

Abraham is also an avid animal lover has a pet dog with whom, he often posts pictures on his Instagram account.