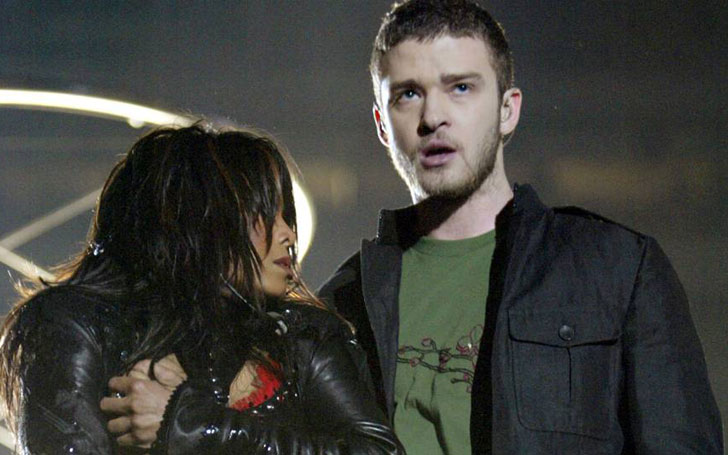 Jackson revealed the news in a statement to People saying;

To put to rest any speculation or rumors as to whether I will be performing at the Super Bowl tomorrow: I will not.

Thank you for your support and I do look forward to seeing you all very soon.

The news has come on the same day Jackson's family members told the New York Post that they hadn't forgiven the Sexyback singer for the infamous wardrobe malfunction during their 2004 Super Bowl collaboration.

Timberlake was a special guest in Jackson's performance in Super Bowl XXXVIII when Jackson had the infamous wardrobe malfunction after she accidentally exposed her bare, pierced nipple.

Joseph Jackson, one of the Jackson family members, told the NYPost that the only way for Timberlake to compensate was to invite the Rhythm Nation singer, 51, onstage with him.He said,

If he's such a gentleman, he'd make sure Janet is there.

Last week, Timberlake had said in a press conference that Janet wouldn't be joining him on his Super Bowl LII which singer Jackson has confirmed now.