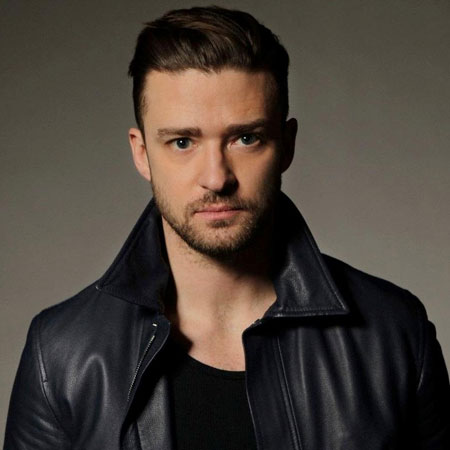 Justin Timberlake is an American singer and songwriter, well known for his popular tracks like, Sexy Back, What Goes Around...... Comes Around, and My Love.

Justin Randall Timberlake was born on 31st January 1981 in Memphis, Tennesse. He was born to Lynn Bomer and Randy Timberlake. He spent most of his childhood days in Shelby Forest. Raised as a Baptist, Justin grew up singing in church choir. He is white in ethnicity.

Justin's family circle also included various musicians who nurtured his skills, including his uncle, who played I a bluegrass band and a grandfather who first taught Timberlake to play guitar. His grandfather once jammed with a legend singer Elvis Presley.

In the year 1985, Justin's parents got divorced. Both have remarried and the extended family remains close. Timberlake has two half-brothers from his father's side, his half sister expired shortly after birth and Timberlake paid tribute to her in the *NSYNC song 'My Angel in Heaven.'

The band's self-titled debut album included popular songs like 'Tearin Up My Heart,' and 'I Want You Back.'After achieving a huge success, in 2016 June, it was announced that the boy band would receive a star on the Hollywood Walk of Frame in 2017.

In the year 2002, Justin decided to pursue a solo career, releasing his first solo song 'Like I Love You.' Later that year, Timberlake released his first solo album, 'Justified,' which sold more than seven million copies all over the world.

In 2005, Timberlake started his own record company, JayTee Records. The following year, he released his second album, future sex/LoveSounds, which peaked at No.1 on the Billboard chart.

Besides his singing career, Justin has experienced a good success in both television and films. His portrayals in Alpha Dog and Black Snake Moan took much of people's attention.

Justin's other work soon followed as he collaborated with Myers once again when he made his appearance in 2008 comedy movie The Love Guru.

One of the Timberlake's most popular performances to date was in 2010's The Social Network, a drama about the creation of Facebook. He portrayed a real-life internet tycoon Sean Parker in the film.

In 2013 January, Justin returned to his music field with the hit single 'Suit & Tie.' The song was on his album The 20/20 Experience released that March, peaking the top of the album charts in its first week.

Before the album was released, he performed Suit & Tie and Pusher Love Girl along with Jay-Z at the 2013 Grammy Awards Ceremony.

In early 1999, Timberlake dated former, The New Mickey Mouse Club cast member and singer Britney Spears. They ended up their relationship in March 2002.

The following year, he was in a relationship with an actress, Cameron Diaz soon after they met at the Nickelodeon Kid's Choice Awards. However, they could not last much and got separated after staying together for three years in December 2006.

Later in Jan 2007, Justin dated an actress, Jessica Biel. The couple got engaged in December 2011 and got married on 19 October 2012 in Fasano Italy. Since their marriage, the husband and wife have a son named Silas Randall ( born in April 2015).

Justin Timber lake earns a huge amount of money from his successful career as a singer and a songwriter, as he has given numerous hit songs like 'What Goes Around Comes Around.' As of 2017, Justin's net worth is $ 230 million.