Jamie Foxx Opens Up About Dating as a Hollywood star at 49-It's not easy! All the Details here 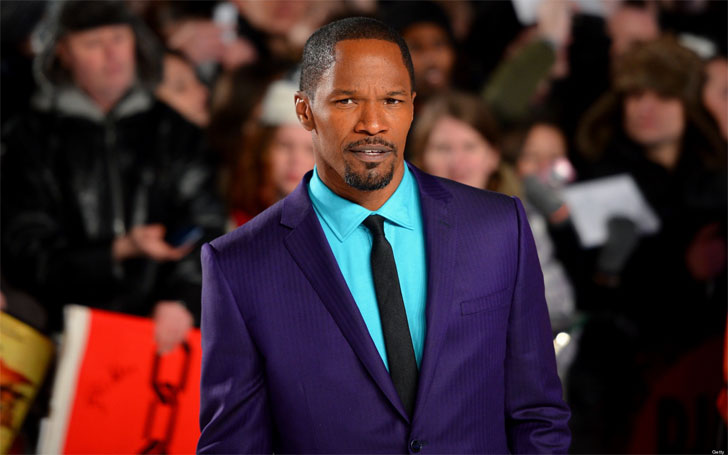 No matter how successful you are, there is no substitute or an option for a close relationship. We all need it regardless of the age. On a similar context forty-nine years old  Jamie Foxx talks about dating in Hollywood after 40.

Is dating tough for a Hollywood star like Jamie Foxx? And note that he is allegedly dating Katie Holmes!

Jamie Foxx Opens Up About The Problem Of Dating after 40

Foxxx implied he is a single man when discussing his love life. Jamie has even hilariously depicted about how hard dating is on Friday’s “The Graham Norton Show.” The actor claimed:

“It’s tough out there. I am getting older, but people think I am younger because I hang out with Kanye. So, I see younger girls. It’s terrible.”

Jamie Foxx stated he has to be careful whenever he parties in Los Angeles because of all the young girls. Jamie got a perspective check after running into friends of his 23-year-old daughter Corinne at a club. Foxx shared a hilarious anecdote saying:

"When I told young girls how old I was, you would've thought I told them I had a terminal disease,"

Jamie Foxx has never married but has two daughters from estranged relationships.The actor insisted on "Jimmy Kimmel Live" earlier this month that he’s decided to go big for his milestone birthday, 50th which is on December 13.

Jamie Foxx admitted his Hollywood star status does not make dating at an older age any easier. On The Graham Norton Show, the 49-year-old actor admitted that dating isn't that easy as it used to be now.

He shared about the rollercoaster he faced being single at this age. Jamie reported Eonline:

“It's tough out there. I’m getting older but people think I am younger. I was at a club the other night. A group of girls shouted my name. I was like, 'Hey, what's up?'. And the girls said, 'We go to school with your daughter!' You have to be so careful,"

“When I was asked by the other day by a 20s girl how old I was, she looked at me as if 49 was a terminal disease,”

Jamie Foxx is speculated to be dating Katie Holmes since 2013. The twosome has never responded regarding their relationship. Nobody knows how true are the rumors but they have been spotted spending quality time together in New York having dinner.