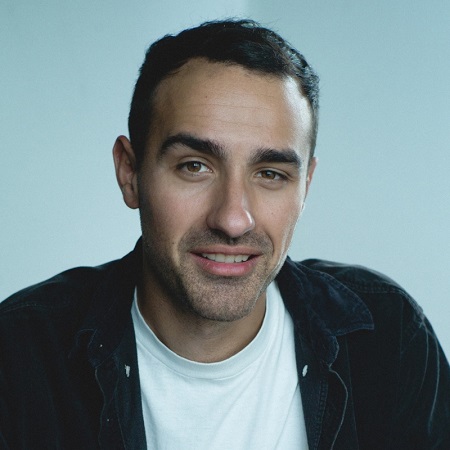 Jamie Demetriou is a famous English-Cypriot actor, comedian, and screenwriter, widely known for winning three BAFTA Awards 2020 for his contributions to the entertainment field. Widely recognized as the writer and star of Stath Lets Flats, the London native has penned many comedy TV series Year Friends, BBC Comedy Feeds, The Midnight Beast, and Anna & Katy.

The youngest of two children, Demetriou was born on November 1, 1987, in Friern Barnet, North London, England. Nothing much about his parents is out; his father's name is Sotiris Demetriou. His older sister Natasia Demetriou is also an actress, comedian, and screenwriter.

He holds dual nationality: English and Cypriot; and is Caucasian white. 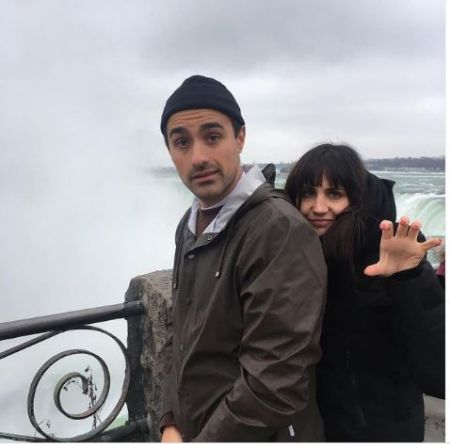 As of 2021, the Stath Lets Flats actor is 34 years old. His birth sign is Scorpio. Although the exact measure of his height remains under curtains, he is believed to be 6 feet tall.

The actor studied at The Compton School and attended Chickenshed Theatre before studying at Bristol University.

The multi-talented personality, in his mid-30s, is one of the leading actors, performers, writers, and comedians in the field.

Jamie is widely known for starring and writing Stath Lets Flats, which was aired on Channel 4 in 2018 through 2019. It starred his sister Natasia, Al Roberts, Kiell Smith-Bynoe, Christos Stergioglou, Katy Wax, among others.

His other acting credits include Drunk History, Fleabag, Tracey Ullman’s Show, Paddington 2, This Time with Alan Partridge, Four Weddings, and a Funeral, among others. 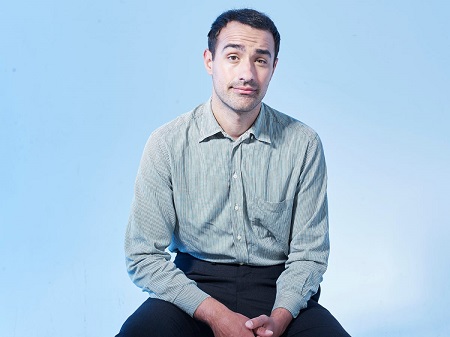 Similarly, Jamie has appeared on the Scroobius Pip podcast, BBC Radio 4 Show Fresh From the Fringe, and The Brian Gittins and Friends podcast. He voiced Moriarty in the animated movie, Sherlock Gnomes, voicing opposite Johnny Depp.

Regarding his comedy career, he performed stand-up as Andy on Harry Hill’s Clubnite.

Fleabag star is all over the headlines for winning three BAFTA Awards this year.

How Much Is Net Worth Of Jamie Demetriou?

Since his TV debut in 2013 through Anna & Katy, Jamie showed his active participation in on-screen projects, while also writing for many of them. As much as his high-flying success, the London-born's earnings marched forward too. That explains Demeteriou's net worth of $1 million in 2021.

The star and creator of Stath Lets Flats, Jamie also worked on many notable TV series including SunTrap, Rovers, Fleabag, Year Friends, Four Weddings and a Funeral, and Miracle Workers. Although the actor never disclosed his payroll, online sources believe that his annual salary averaged on the 6-digit figure.

In the UK, the average salary for a stand-up comedian is £19,500 per year, while an actor, depending on the project & his proficiency, can expect £18K- £24K annually.

Drunk History alum was born in Friern Barnet, London, where the median house price is £473,796.

Is The Miracle Workers Actor Married or Dating?

Yet, the English actor is to ring the wedding bells, although fans were positive that he married in secret & has a wife. Not a surprise that famous figures often get rumors about the status of their relationship. Reportedly, Jamie is dating his girlfriend but is yet to open up further about his beau.

An avid Instagram user (@jamiedemetriou) with over 37.7K followers, Demetriou often mentions his sister on his posts. Moreover, he seldom shares pictures of a lady on his social media, whom fans believe is his girlfriend.