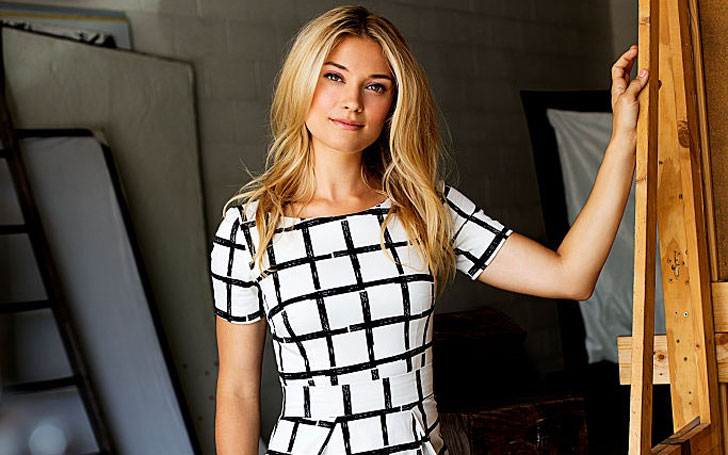 James Hesketh is a retired American firefighter and is married to an actress Spencer Grammer. Grammer and Hesketh are living a happy life after tying the knot in 2011. Spencer recently filming Brampton's Own along side Rose McIver, Scott Porter, Jean Smart and Alex Russell.

The famous American actor and voice artist Kelsey Grammer's eldest daughter Spencer seems happy in her relationship with husband James Hesketh, the couple has a son together.

The gorgeous American actress Grammer is best known for her role as Summer Smith in Rick and Morty. Also, her role as Casey Cartwright on the ABC family comedy-drama Greek gave her a recognition as an actress in Hollywood. The California-born actress Grammer got an early platform for her career in acting as she is related to comedian and actor Kesley Grammer. She did her first role as a child, where she appeared in an uncredited role on the show Cheers.

Spencer Grammer Married to James Hesketh; know about their Children too

As per sources, Grammer started dating James in 2009. After dating for around two years, they got engaged in January 2011 one month before their marriage. The lovebirds' engagement was anything but ordinary. An insider told Life & Style magazine, "Rather than a traditional engagement ring, James gave her a Claddagh ring (a traditional Irish ring that can be worn as a wedding ring). It's very simple but very beautiful."

In February 2011, the engaged couple tied the knot in an intimate ceremony attended by only their family members and relatives. Actually, Spencer exchanged her vows with her husband just after a day her father Kelsey divorced her mother Camille.

The husband and wife duo has been living together for over five years now. And during this time, the couple has welcomed a son together. The news of her pregnancy came out a month after her marriage. However, later it was confirmed that she had already conceived a baby before she married.

Spencer Grammer with her husband James Hesketh and son Emmanuel

Later in October 2011, the couple celebrated their first parenthood as they welcomed their first son Emmett Emmanual. Sources say, she delivered a son a day after she turned 28. It's been more than five years since they had their first son, however, they don't seem to be planning for their second one in a near future.