Jaggi Vasudev known as Sadhguru's Net worth: Know all the Detail about his Source of Income 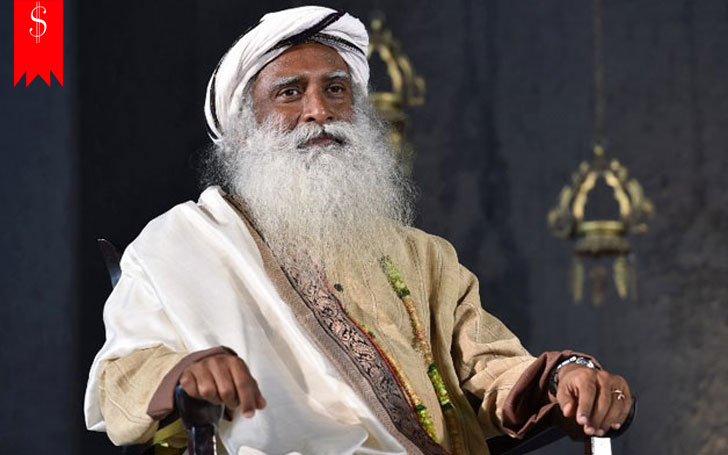 “There is nothing else to do here except live. The only choice you have is to either live superficially or in a profound manner" – Jaggi Vasudev (Sadhguru)

The Enlighted Spiritual Master, Jaggi Vasudev (Sadhguru) is a well-known face in the recent days. He is the one who not only has won the Padma Vibhushan award (2017) but has also won the millions of the heart.

Today, however, we are here to know more about his career and income. He is the founder of Isha Foundation; a non-profit organization which deals with the fosters global harmony and human consciousness. So, what is his net worth? Details here!!!!!

How Much Is The Net Worth Of Jaggi Vasudev (Sadhguru)?

A Yogi, Mystic, Visionary and the founder of the Isha Foundation’s net-worth is not exactly stated by the sources, however, some sources claim that his net worth is around $5 million.

Adding up to that it's also stated that his Isha Foundation’s estimated net revenue is around $ 2.5 Million but information is yet to be confirmed.

In terms of the yoga/ meditation programs that are created by the Isha Foundation, as believed, the charges start from INR 2000 inside India. The charges outside India costs $150.

The Achievements And Awards Of Jaggi Vasudev (Sadhguru): Know All The Information Here

When it comes to protecting Mother Nature and making earth the most peaceful place to live, yogi Sadhguru has always stood ahead, spoken and worked for it.

Regarding his achievements, he has spoken at the United Nations Millennium World Peace Summit (2000) and the World Economic Forum starting from 2006 to 2009 and the lists of his do's do not end here.

The Sadhguru is the author of several books and is the New York Times best-selling author for his Inner Engineering: A Yogi's Guide to Joy.

Also, Sadhguru was voted among the hundred most powerful Indians for his contributions in the field of environment and towards its protection and also encouraging people’s involvement in the ecological issues and we hope this never stops.