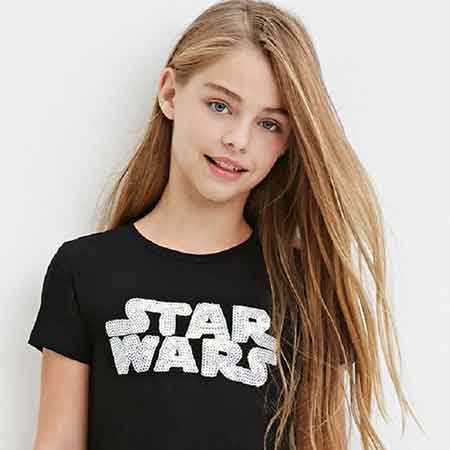 Jade Weber is one of the most beautiful emerging models. For her astonishing beauty, many media outlets distinguished her as one of the most beautiful child models in the world. As of 2020, aged 14, the gorgeous diva has already worked with several world popular brands like Forever 21, H & M, Ralph Lauren Chaps, Levi's, Bloomingdales, and many others. Along with her modeling career, Weber is also pursuing an acting career and has worked in the comedy series Keys.

On the other hand, Weber is also a popular face on social media whose Instagram account has clocked in 698k followers as of 2020.

Jade Weber was born on 7 March 2005 in Hongkong China to Asian parents. She is of French descent, Chinese nationality and belongs to Asian ethnicity. Weber grew up with her two siblings; older brothers Matthieu Weber and Thibault Weber.

From her childhood, Weber was interested in dancing and used to dance all the time. Currently, she is taking acting classes.

Jade Weber was highly interested in dance and began dancing from an early age. Along with dancing, the beautiful Weber started modeling when she was discovered by a photographer at the age of nine and since then, there is no looking back on her career.

Weber has worked for popular brands like Forever 21, Ralph Lauren Chaps, H & M, Abercrombie & Fitch, and others. After working with such famous labels, she was featured on various magazines including L.A. Firm, Hooligans Magazine, Vogue Website, Poster Child  Magazine, and many more. 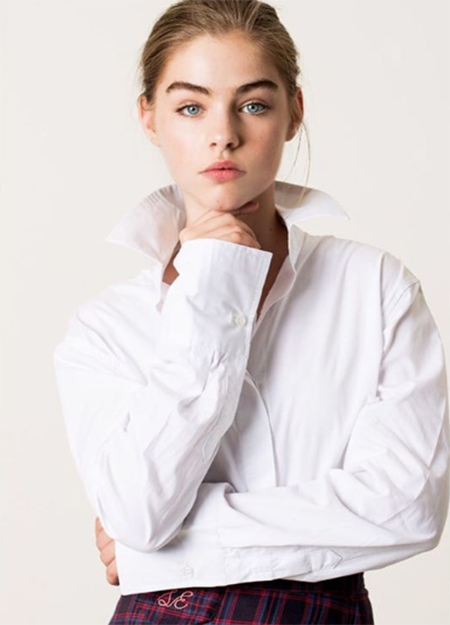 For her beautiful and specific look, Weber was represented by the talent management companies like LA Models Youth, Monster Management, and Division Model.

Besides her modeling career, Weber is an emerging actress. She was featured on the cover music video of The Weeknd's Can't Feel My Face by Hayden Summerall. The video has over 1.1 million views on YouTube as of September 2018.

Following the music video, the actress debuted in the small screen in the comedy series, Keys in 2018. In the series, she played the role of Zo. She also starred in the lead role of Isabelle de Ville in the French mystery drama film La Déesse du Crépuscule.

So Honored to be nominated!! Thank you Please take a minute to vote and support me ! Follow the instructions below #Repost @tccandler with @get_repost  JADE WEBER Official Nominee for The 100 Most Beautiful Faces of 2018! NOMINATIONS NOW OPEN PLEASE VISIT www.youtube.com/tccandler to nominate. The 100 Most Beautiful Faces of 2018 & The 100 Most Handsome Faces of 2018... #tccandler #independentcritics #100faces #100mostbeautifulfaces2018 #100mosthandsomefaces2018 #jadeweber #usa #china #hongkong #france #model #actress REPLACED PHOTO DUE TO COPYRIGHT ISSUE ORIGINAL POST HAD 5600 LIKES AND 200 COMMENTS!  @sagaj  @christinaturino @monster_mgmt @lovestoneagency

In 2017, the model was nominated for One of the 10 Most Beautiful Kids in the World by a social media television channel. Weber is also nominated by the TC Candler for The 100 Most Beautiful Faces of 2018. She also got the chance to meet some well-known personalities like Karan Brar and Cameron Boyce.

Weber's upcoming projects are The Game of the Cheetah, La Deesse du Crepuscule, James the Second, and Tiger Within.

Jade Weber's Net Worth And Earnings

Jade Weber is an emerging actress and model. So far, she is enjoying a flourishing career. Her net worth is estimated to be around $700-800 thousand. The average salary of the actress is around $39.84 per hour and the average salary model is  $42180 per year, so she also might be receiving in the same range.

Weber also has a decent fan following on her social media like Instagram with over 698k followers. It is also a major source of income.

On the other hand, Weber also runs an eponymous YouTube channel. It has boasted over 6.4k subscribers as of 2020.

Who Is Jade Weber's Boyfriend?

The beautiful model Jade Weber is enjoying a prosperous professional career alongside a joyous personal life. Currently, she resides in Los Angeles, California along with her family. She is seen spending quality time with her brothers Matthieu and Thibault.

The 14-years-old model is yet to have a boyfriend. She is too young to get involved in any kind of relationship. The promising model and actress seem more focused on her meteoric career.