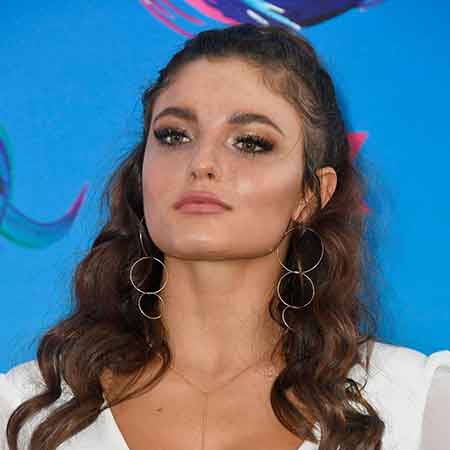 Jade Chynoweth is one lucky person to make her dream come true. She is an emerging actress and dancer who got an opportunity to cast in several movies and television roles. Chynoweth rose to popularity following her appearance in the historical fantasy war film 300: Rise of an Empire. For her appearance in the multiple Hollywood films, she has proved herself as a potential artist who has a long way to go. Besides her flourishing acting journey, the actress is leading a low-key personal life.

Jade Chynoweth was born on 21 August 1998 in Park City, Utah. Her birth sign is Leo according to which she is a conscientious and self-a s sured person. She spent most of her early days in her hometown Park City with her family. Regarding her nationality, Jade is an American and as far as her ethnicity is concerned, she is a White.

Her mother was a dance teacher at her aunt dance studio and from her early days, she learned dancing with her mother. AS per the sources, she started taking the cla s s since she was two years old and become a perfect dance when she was six years.

Regarding education, she completed her high school level in 2016 however the detail on her subject matter and University is yet to be revealed.

Jade Chynoweth is a skilled dancer, who began her professional career by the musical series Dr. Fubalous in 2012. In the musical drama, she was cast in the minor role of a street dancer.

After her debut, Chynoweth landed her breakthrough role in the American epic historical fantasy war film 300: Rise of an Empire. The actress played the role of 13-years-old Artemisia. In the film, she was cast alongside the popular stars Sullivan Stapleton, Eva Green, Lena Headey, Jack O'Connell, Callan Mulvey, and many others.

Alongside her movie roles, she is a part of a few television shows as well. From the year 2015, she is starring in the recurring role of Kathleen Nolan in the popular American action-drama TV series The Last Ship. The series stars renown stars like Eric Dane, Rhona Mitra, Adam Baldwin, Jocko Sims, and others.

Recently, the actress appeared on the main role of Odalie Allen in the 2018 drama web series Step Up: High Water.

Aside from her acting career, she is also a YouTuber and frequently uploads dance cover videos on her channel. She joined YouTube under her name back in April 2015. As of 2019, she has over 144.43k subscribers with more than 21 million views. On June 2019, she released a YouTube video titled wedding dance. It went viral.

Jade Chynoweth is an emerging Hollywood star who is enjoying a successful career for several years now. From her acting and dancing skills, Chynoweth is earning a decent amount of money but there is no reliable information about the actress's net worth. According to some sources, the actress has a handsome net worth of $2 million.

In the USA, the actor gets paid around $56 thousand per annum, so she also might be getting her salary in the same range. Additionally, she also makes her income from the Instagram platform where she has more than 2 million followers. As per the Influencer Marketing Hub, she makes around $4,868.25 - $8,113.75 per sponsorship post.

Is Jade Chynoweth Dating Anyone?

The gorgeous actress Jade Chynoweth is enjoying a blissful life but so far, there is no information about her romantic relationship. It looks like, she is completely focused on her professional affair rather than dating and having a boyfriend.