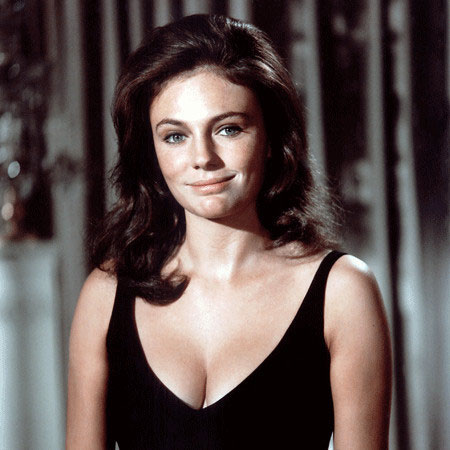 One of the legendary British actresses, Jacqueline Bisset worked in numbers of movies and TV series from where she earned several awards and nominations. She also earned a huge net worth and salary from her amazing career. Active in the industry since decades has gave numbers of remarkable appearnce in several movies and TV series including The Detective Bullitt, The Sweet Ride, The Deep, Day in Night, Joan of Arc, and Dancing on the Edge among others.

Regarding her personal life, she is never married but was involved in several affiars for years.

Jacqueline Bisset was born Winifired Jacqueline Fraser Bisset on 13th September 1944 in Surrey of England under the birth sign Virgo. She is British as per nationality and belongs to  Scottish, English and French descent.

The British actress is the daughter of Max Fraser Bisset (died in 1982 of brain tumor) and Arlette Alexander (died in 1999). Her father was a general practitioner and her mother was a lawyer who later stayed as a housewife. During the Second World War, her mother cycled from Paris and boarded a British troop transport to escape from the Germans. Her parents divored in 1969 after living together for 28 years.

Although she was born in Surrey, she was brought up in Reading, Berkshire with her brother, Max Bisset. Her mother taught her to speak French in her early age, She took ballet lessons and also got involved in fashion modeling. She also took acting classes during her childhood. When she was young, her motehr was diagnosed with disseminating sclerosis.

Apart from taking ballet classes and acting classes she graduated from the college LycéeFrançois Charles de Gaullesituated in London.

Jazqueline Bisset made her movie debut in 1965 in a comedy film, The Knack...and How to Get It in an uncredited role. The following year, Bisset made her official debut as Jacqueline in psychological comic thriller movie, Cul-de-sac. The movie starred Donald Pleasence and Linoel Stander.

Bissert had her first recognizing role in 1967's movie Two for the Road as Jackie. The same year, she also earned his first lead part in The Cape Town Affair, opposite James Brolin. She is also remembered for her sex comedy movie The First time where she worked with Rick Kelman, and Sharon Acker. 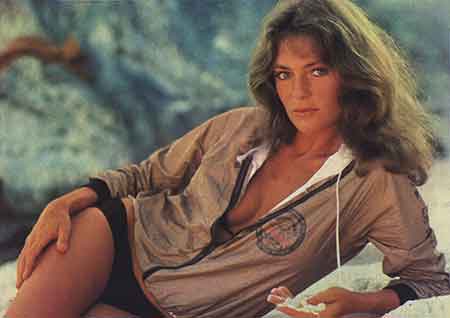 In 1968, she recived  her first Golden Globe nomination for her role in the film, The Sweet Ride starring Tony Franciosa, Michael Sarrazin, and Michele Carey. Bisset gained a wide publicity for role of Gaul Berke in 1977's film, The Deep. She shared the screen with Robert Shaw, Nick Nolte, and Louis Gossett, Jr.

Some of her other films including Who Is KIlling the Great Chefs of Europe?, Under the Volcano, Fobidden, La Ceremonie, and An Old Fashioned Thanksgiving among others. As of 2018, she is working in upcoming movies Backstabbing for Beginners and Honey in the Head.

Bisset made her TV debut as Josephine de Beauharnis in 1987 in the ABC's miniseries, Napleon and Josephine: A Love Story.  Her TV breakthrough came in 1999 as a mother of Joan of Arc, Isabella d'Arc in thre-part TV miniseries, Joan of Arc. She shared the screen with Leelee Sobieski, Peter O'Toole, and Chad Willett. Her performance helped her to get nominated for Golden Globe Awards and Primetime Emmy Awards.

One of her popular work include 2013's BBC's TV drama, Dancing the Edge where she worked with Angel Coulby and John Goodman. She won a Golden Globe Awards for her performance in the TV series.

She is one of the those actresses who never had to struggle for the work even after her age of 70. She has already received much of success in her career and she still has a lot of space in the field of media.

Jacqueline Bisset was honored with Golden Globe nomination for Best Actress in comedy for Who is Killing the Great Chefs of Europe?. She also received Golden Globe nomination in Under the Volcano. She was nominated for best-supporting actress for her role in Joan of Arc in Emmy Awards. Later in 2010, she was awarded Legion d’honneur from French President. She won Golden Globe award for a series in 2013.

Besides, she owns a houde in Beverly Hills, California.  With such earning, she is maintaing her lavish lifestyle.

Jacqueline Bisset is never married but has number of affairs in her past. She dated several men who were once her boyfriend including Michael Sarrazin, Victor Drai, Alexander Godunov, Vincent Perez, and Emin Boztepe among others. She had a long term relationship with many of the men. SHe told,

Bisset also mentioned that she never had a bad relationship. Some of her ex-boyfriends, Boztepe and Perez ehere much more younger than her for which she was even criticized. She later said,

''I remember reading an article that referred to Emin as a "toy boy" and thinking "What on earth is that?" That phrase is one of the most insulting things - it's so rude and comes from pure jealousy I think. He was younger than me, but he was so much a man that calling him a toy boy was ludicrous! And I was so embarrassed for him because it was highly inappropriate. It's also disrespectful to talk about women as cougars. It's very derogatory and silly and all part of this negative kind of thinking that I try very hard to ignore. But they do say that sexually, a man is at his height at 18 and a woman at 35, so that's nature's way. I just think that people are attracted to what they want and need for however long it works.''

Bisset was also rumored to be in scandals. She replied on those allegations,

''There are so many misunderstandings in life. I once caused a scandal by saying I lived with two men I didn't mean it in a sexual sense. We were just like any people sharing an apartment.''

After having numbers of affairs, she discovered many bad habits due to which she is not yet married and she also revealed that she will be unable to cope with her future husband if he developed bad habits. Moreover, She is godmother to Angelina Jolie-The Sexiest living actress.

Check out the interview with Jacqueline Bisset: