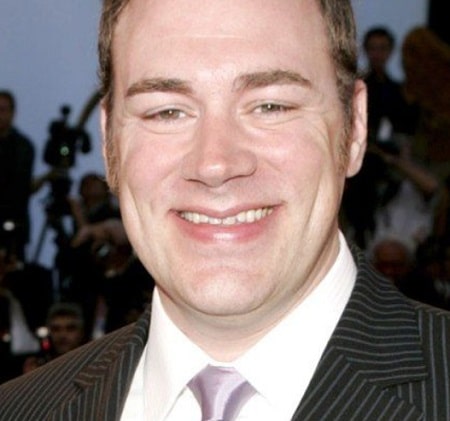 Aside from on-screen works, the Washinton-born is famous as the ex-husband of 3-time Primetime Emmy Award winner Alex Borstein. The former duo, who welcomed 2 children, were married for nearly two decades before they divorced in late 2017.

After graduation from Kent-based Kentridge High School in 1988, the MADtv actor enrolled at the Washington State University in Pullman to study broadcasting. After completing his education, Douglas began his professional career in the entertainment line.

There he portrayed Jackson Belleville, the husband of Melissa McCarthy's character Sookie St. James, for 57 episodes until 2007. Ironically, the essence of Sookie was set to be played by his then-wife Alex Borstein before the part went to McCarthy.

Moreover, from 2001 to 2012, he occasionally voiced various characters in the animated sitcom Family Guy -- a show which also featured his then-wife Alex Borstein as one of the leads, Lois Griffin. His most recent on-screen appearances were in Guardian (2015, short) and Gilmore Girls: A Year in the Life (2016, TV mini-series).

Well-known actor Douglas made his professional on-screen debut in the late-'90s with appearances on TV shows like Providence and Zoe, Duncan, Jack & Jane. He was also featured on The CW/Fox sketch comedy show MADtv from 2000 to 2001.

Since 2016, he has not worked on any projects. So, he seems to be retired from the entertainment industry. The actor-writer-director is most known for playing Jackson Belleville on Gilmore Girls and has appeared on the sketch comedy show MADtv and the animated sitcom Family Guy. Not to mention, his income source is his career in the showbiz industry.

Aside from being an actor, Jackson Douglas has credits as a director & producer. Having directed the film For Christ's Sake (2010) and a few episodes of Bunheads (2012-13), the American actor served as consulting producer of Deal with It (2014).

The 52 years old actor Douglas was previously married for eighteen years to the American actress, writer, comedian, singer, and producer Alex Borstein. They were married in the year 1999.

Borstein, the 3-time Emmy winner, is known for a great many things, including voicing Lois Griffin on Seth MacFarlane's animated adult sitcom Family Guy on Fox and as Susie Myerson in the Amazon Prime period comedy-drama series The Marvelous Mrs. Maisel. CAPTION: Alex Borstein and Jackson Douglas were married from 1999 to 2017 SOURCE: Twitter @TMZ

The couple Douglas and Alex met while both were studying at the ACME Comedy Theatre in Los Angeles. Douglas proposed to her during the taping of a comedy skit on MADtv. Their marriage was held sometime in 1999.

Douglas filed for divorce in October 2014, and the proceedings were finalized on November 9, 2017. Since their divorce, both parties have remained low-key about their relationship update.

The couple has been co-parenting the children after the decision of their separation. They are providing equal time for the children despite their busy schedules.

Douglas has added a decent amount of money to his bank account from his profession as an actor, director, and producer. As per some online sources, his net worth is believed to be around $1 million to $2 million as of 2022.

But a hefty chunk of money also came from his divorce with now ex-wife Alex Borstein. Reportedly, the divorce documents stated that the duo would share multiple bank accounts equally (a total balance of $5.2 million). One of their accounts was for their children. Moreover, they shared joined ownership of a New York apartment worth $1.2 million while not being liable to pay any spousal or child support.

Currently, Alex Borstein owns a net worth of $24 million, but some sites claim it to be around $30 million.