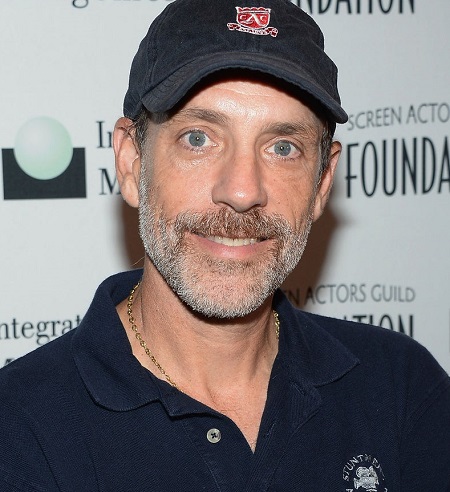 Jason Alexander, who is professionally known as Jace Alexander, is an American actor and director from New York City. The actor, who started his professional career in 1983, is the only son of actress Jane Alexander and husband, Robert.

Jace was born on 7th April 1964 and is currently 57 years old. He was born in New York City, New York, the United States of America, and belongs to American nationality. He studied at New York University and later also attended the American Film Institute.

Jace, who is also known as Jason, is the son of Jane Alexander and Robert Alexander. Her mother is a famous American actress and author for her role in movies like All the President’s Men, Kramer vs. Kramer, and Testament. His father is the former director of Living Stage Theatre Company. Do you know Jace is also the stepson of director Ed Sherin?

Professional Career: Acting And Directing; His Net Worth?

Upon graduating from New York University, Jace started his professional career working as the stage manager of The Caine Mutiny Court-Martial. He then appeared on stage in Six Degrees of Separation, I’m Not Rappaport, and Assa s sins. Her other screen roles include Matewan, Love and a.45, City of Hope, Eight Men Out, Clueless, and Crocodile Dundee II.

He even was second vice president of the Directors Guild of America but later resigned after following his arrest on “child p********y” charges.

As of 2021, Jace Alexander’s net worth is reported to be around $3 million. His mother has a net worth of $5 million.

Who Is His wife?

Jace is a married man. He is married to wife, Maddie Corman, who is also an actress. According to sources, they got married on 6th September 1998, in Carmel, New York.

The pair used to live in Dobbs Ferry, New York, but moved later after he was arrested for possessing and sharing “child p********y.” The couple shares three children, a daughter, and two sons.

In January 2016, he was pleaded guilty for promoting such an act and possessing an obscene performance by the child. He was sentenced to ten years’ probation in June 2016.