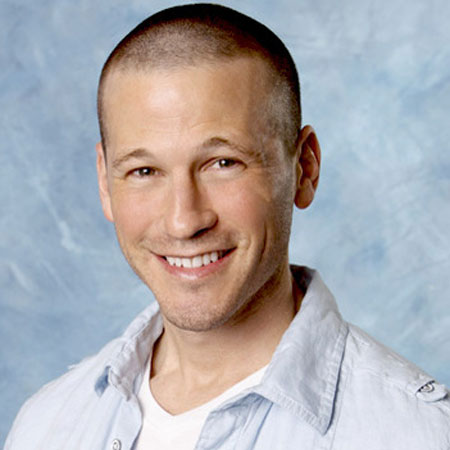 Widely recognized as the winner of The Bachelorette seventh season, J.B Rosenbaum is also a New York construction manager.

Rosenbaum is married to Ashely Hebert since 2012. The couple has made their appearances in numerous reality series including Marriage Boot Camp: Reality Stars. The pair along with their two children currently resides in Miami, Florida.

J.P. Rosenbaum was born on February 23, 1977, in Roslyn, NYC, USA. to Ilene Rosenbaum and Peter Rosenbaum. He also has a brother named Roy Rosenbaum. Rosenbaum holds American nationality and belongs to white ethnicity. He spent most of his early childhood in Roslyn. In an interview with People, Rosenbaum said that he had a good childhood and nice parents who were happily married.

J.P. Rosenbaum is currently working as a New York construction manager. He gained an immense popularity after appearing as one of the contestants on the seventh season of The Bachelorette. The show aired on May 23, 2011.

As per some online sources, J.P. Rosenbaum’s net worth is estimated to be around $2 million. Rosenbaum earned $1 million for winning The Bachelorette while his wife Ashley made $30K for her appearance on the same show.

J.P. Rosenbaum is married to the Reality star, Ashley Hebert since 2012. The couple first met during the seventh season of ABC reality TV series, The Bachelorette. Rosenbaum and his now wife Hebert got engaged on August 2, 2011.

The pair tied the knot on December 1, 2012, in Pasadena, California which was attended by the many former Bachelorette contestants, including Trista Sutter, with husband Ryan Sutter, Jillian Harris; Emily Maynard; Sean Lowe and Jason Mesnick with girlfriend Molly Mesnick.

They are living a blissful married life with no rumors of divorce. Rosenbaum currently resides in Miami, Florida along with his family.

Here is the video of Rosenbaum and Hebert sharing the key to their successful relationship,