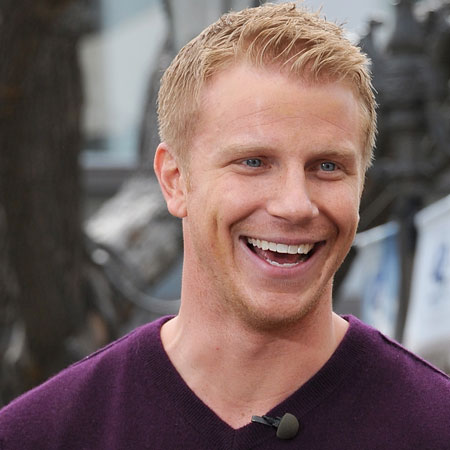 Sean Lowe is an American Television star popular for his role on ABC's The Bachelor season 17, he earned the spot a year later his stint on Emily Maynard's season of The Bachelorette where he landed the third spot.

Lowe is a devout Christian like his parents. He is one of the 'Seconds'-someone who is actively involved in the evangelical movement popular as I AM Second. Lowe is married to Catherine Giudici who he met on The Bachelor, they have a son together and a second child on the way.

Sean Thomas Lowe was born on November 16, 1983, in Arlington, Texas to devout Christian parents, Jay and Sherry Lowe. He grew up in Irving, Texas with his older sister, Shay.

Lowe graduated from Lamar High School where he played football and was a member of Fellowship of Christian Athletes. Later, he attended Texas A&M University for a semester before transferring to Kanas State University. At KSU, he got a football scholarship leading him to take part in a 2003 Big 12 Championship Game.

Sean Lowe is a devout Christian and is involved in the social media evangelical movement called I am Second.

Sean Lowe gained fame from his stint on The Bachelorette 2012 and The Bachelor 2013. He later went on to do various other reality shows-Dancing with the Stars season 14, Celebrity Family Feud in 2015, Celebrity Wife Swap, Marriage Boot Camp: Reality Stars 4, Who Wants to be a Millionaire and Worst Cooks in America: Celebrity Edition 3.

In an interview with Fortune, Lowe revealed he did ''all kinds of jobs'' in his 20s. He was a personal trainer which he thought was a fun way of making money while deciding on a proper plan, he flipped a house and loved every minute of it but the market crashed shortly after Lowe sold it, he also sold gas and oil investments and worked as an insurance agent, a job he pa s sionately hated, among many other ventures.

Sean Lowe landed third-place on The Bachelorette season 8. He was a fan-favorite on the Emily Maynard's season in which he went on two one-one dates and one group date with her. Maynard eliminated Lowe in the ninth episode after refusing to stay the night with him as she didn't think it'd set a good example for her daughter. Maynard commented she eliminated ''the perfect guy'' after sending Lowe home.

Sean Lowe was selected to be The Bachelor on the next season.

Lowe had 26 women to choose from instead of the usual 25. He eliminated Desiree Hartsock in the 8th episode of the show, she became the star of The Bachelorette season 9. He proposed Catherine Giudici in the finale.

Following The Bachelor, Sean Lowe became the final celebrity announced for the ABC reality Show Dancing with the Stars 2013 edition, he partnered with Peta Murgatroyd, season 14 champion. They were eliminated in the 8th week,  standing sixth place overall.

The year after Catherine and Sean got married, the husband-wife duo participated in the 2015 Celebrity Family Feud's second episode as ''Team Bachelor.'' They won their game and donated the $25,000 to Free the Children.

The husband-wife duo also joined the Who Wants to Be A Millionaire?: Bachelor Fan Favorites with host Chris Harrison on November 2, 2015. Seana and Catherine also tool part in Worst Cooks in America: Celebrity Edition 3 in Rachael Ray's team finishing in the 4th place.

As per reports, Sean Lowe has made a lot of money from his reality show career. In an interview with Fortune in 2016, Lowe revealed that he saved his earnings from The Bachelorette, The Bachelor and Dancing With The Stars to later invest in a $10 million real estate project in Texas, his hometown.

As per the given data, it's safe to say that  Sean Lowe's net worth is over $10 million.

According to blogger Stephen Carbone aka Reality Steve who is popular as ''Bachelor Spoiler'', the stars of the franchise usually make close to a $100,000.

As per reports, Emily Maynard was the highest paid Bachelorette with a net $250,000 and the current ''Bachelor'' Aire Luyendyk Jr. is speculated to make six figures by the end of two months. Now, given that stars of both the franchise are paid similar, Sean Lowe earned six figures or an amount close to that.

The Bachelor and The Bachelorette stars actually make more after the show from their appearances in other reality shows like Dancing With the Stars. Sean Lowe reportedly made $125,000 just for his appearance on the show. TMZ reported that Lowe's contract stated he would be paid $10,000 for weeks 3rd and fourth, $20,000 for weeks five and six and seven and $30,000 for 8th and 9th week.

Lowe was eliminated in week 8, he still took home $235,000. He also appeared on the reality show ''Mariage Boot Camp'' and he has admitted publicly that money was the main reason for doing the show.

Also, Lowe and Giudici wedded on TV, as per E! Online those couples can make a paycheck in six-figures.

Sean Lowe is a proud devout Christian when categorizing his faith, he said, "I'm a Christian. And that's how I categorize myself, and you know, that's obviously a huge part of my life as most people know, and that's what's most important to me."

Lowe is an active member of the 'I am Second' movement, he posts interviews and videos related to the movement frequently.

Sean Lowe proposed Catherine Giudici on the ABC reality show 'The Bachelor' he picked Catherine over 25 other women who competed on the show. They got married on January 26, 2014, in a live Television ceremony on ABC at the Four Seasons Resort in Santa Barbara. Sean's father Jay Lowe officiated the wedding.

Lowe has a dog, they call it Ellie.

He goes on occasional speaking trips, at times with his wife Catherine. They appeared at River of Life Church in Cold Spring, Minnesota on October 1, 2014. On October 11, 2015, they visited the Covina Assembly of God where they had an interview with Pastor Lee McFarland.

The Bachelor fame Sean Lowe published his first memoir in 2015.

Lowe and his wife Giudici announced, on December 8, 2015,  that they were expecting their child who they welcomed on July 2, 2016, their son is named Samuel Thomas. The couple has another child on the way, the announced second pregnancy In November 2017.

Sean Lowe became widely popular as 'Virgin Bachelor' after a report that he and his then-fiance Catherine Giudici were waiting to have sex until after their January wedding.  He had told reporters that at the age of 24, he decided to stay true to his faith and not have sex.

30 years of age at the time, Lowe revealed that his religious convictions were why he decided to stay celibate at the age of 24.

Talking about his journey in ABC's reality show Dancing With The Stars, Lowe revealed that it was 'toxic' for his relationship with then-fiance Catherine, he did the show right after 'The Bachelor.'

Sean Lowe and Catherine Giudici remain one of the only two couples who met on The Bachelor to still stay married so far.