Israel Houghton Opens Up About her Married Life With Adrienne Bailon-Details About Their Past Relationships! 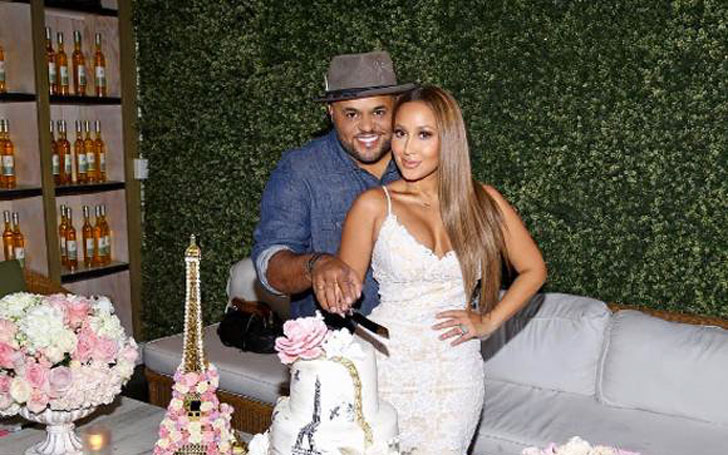 They say true love sees no boundaries; it doesn't matter how long you have been in a relationship, if there's love then you have it! Gospel singer Israel Houghton and his wife Adrienne Bailon are one of the best examples.

Israel Houghton and Adrienne Bailon are married since November 2016, it hasn't been even a year since their marriage, and we can see how much of a strong bonding the couple shares.

Israel Houghton and Adrienne Bailon are happily married since November 2016. According to a source, the couple remained friends for a long time before falling for each other. They started dating in February 2016.

Also read: How Much is Singer/Actress Adrienne Bailon's Net Worth? Details About her House and Career Earnings

Bailon shared in an interview with ENews:

We were friends for three years before [dating.] I think that makes a difference. We never thought we'd end up together.

The reality star and her musician husband were heavily criticised when they made their relationship official just a month after Houghton's divorce announcement with his wife, Meleasa Houston. It was alleged that Houghton cheated on his wife with Bailon.

Israel Houghton and Adrienne Bailon got engaged in August 2016. Thirty-three years old reality star took to Instagram to share her happiness with her fans on 13 August 2016. In the shared picture she showed her stunning diamond engagement ring, and she captioned the photo:

The couple tied the knot on November 11, 2016, after dating for about nine months . They exchanged vows in front of in front of close relatives at the wedding ceremony held in Paris. The list of guest included Tamera Mowry-Housley, Loni Love and Jeannie Mai among others.

Prior to  Adrienne Bailon, Houghton was married to Meleasa. The couple started dating after they first met at Houghton’s ministry in Pittsburgh. After dating for four months, Israel and Meleasa got married in 1994.

The couple has three children. Mariah, Israel II, and Milan Lily.  Meleasa and Israel were married for about 21 before getting divorced in 2016.

. Bailon was in a relationship with Rob Kardashian in 2007 and broke up after two years dating in 2009 after Rob apparently cheated on Adrienne.

Bailon moved on soon and started dating Lenny Santiago the same year; she went on to get engaged to Santiago in 2015. The engagement, however,  didn't lead to a marriage. The couple broke up in 2015.