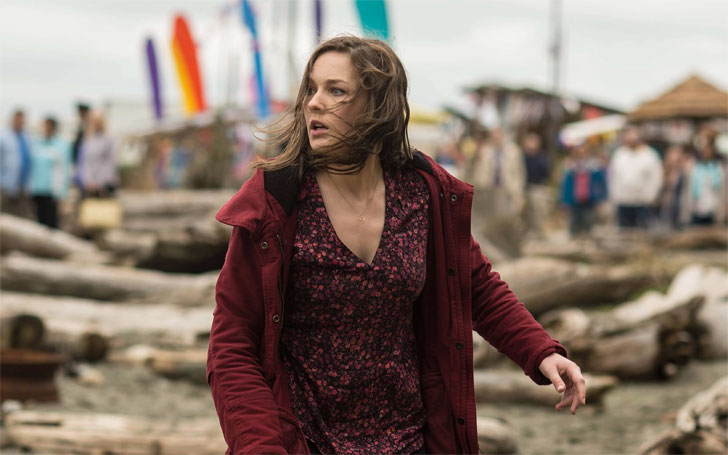 It's as rare to see successful marriages in Hollywood. But there are always exceptions to the norm. The Gracepoint star Virginia Kull falls under the exceptions category. She married fellow actor Ryan Young in 2009 and they are together without any nasty divorce or cheating rumors till date. That's quite an achievement in Hollywood/

Curious to know more about the couple? We have exclusive details on their married Life! Also, some personal details to follow!

The Imperfections star Virginia Kull is among those celebs who loves to keep her personal life away from the media. Like many celebs, her professional details make headlines in the media but when it comes to her personal life, media remains silent as she doesn't give away much content of her personal life. Virginia Kull is married to fellow actor Ryan Young since 2009.  And the couple is living happily ever since. Ryan has appeared in several television shows including The Romantics, Treme, and Girls. The couple is yet to reveal if they have any children.

What is The Grace Point Star up to These Days?

Virginia Kull burst into the Hollywood in 2009 when she came to limelight with the TV movie A NY Thing. Following the project, she did few short films before getting a lead role. In 2010, she starred in the TV series Boardwalk Empire alongside Steve Buscemi, Kelly Macdonald, Michael Shannon. In 2014, she garnered huge fame after her role on TV series Gracepoint. This show features a major police investigation that got underway in the small California seaside town where a  tragedy has occurred.

The series was created by Chris Chibnall and it featured David Tennant, Anna Gunn, Kevin Rankin, Virginia herself and other Hollywood stars. Virginia currently filming feature film Nancy, The Empty Man and TV series The Looming Tower. The Looming Tower will premiere at late 2017. She will appear alongside Sullivan Jones, Louis Cancelmi, Jeff Dan Futterman and Alex Gibney.