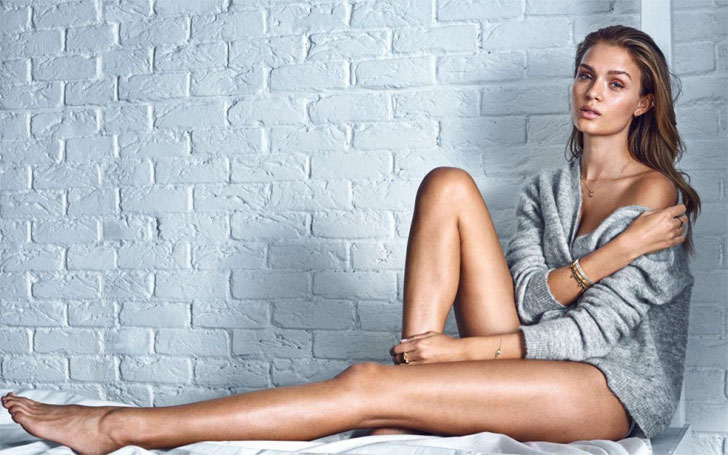 Victoria's Secret Angel Josephine Skriver who has walked for over 300 fashion shows and modeled for many renowned brands has scored millions of fans through her talent and beauty. But how many of you know the supermodel is IVF kid and was raised by gay parents? Skriver is proud of her parents and claims she is not a science experiment.

We are breaking down more interesting facts about Josephine Skriver here including her dating life. Is she single or Married? Who is she dating? Let's find out:

Is Josephine Skriver Single or Married? Who is she dating?

Victoria’s Secret model Josephine Skriver who debuted at New York Fashion Week in February 2011 is in a long term relationship with her boyfriend, Alexander DeLeon, the frontman of The Cab. The couple started dating in December 2013 and are together since. Skriver and  DeLeon together modeled for the DL1961 denim campaign and a fashion blowout for Elle Italia in July 2014.

Recently, Alexander Deleon and Josephine Skriver appeared on a romantic dinner date in West Hollywood. The couple appeared in matching black leather motorcycle jackets and they looked closed off as they appeared holding hands.

Skriver and  DeLeon seem quite fond of each other as they frequently Instagram their pictures. The 24 years old model shared a cute picture on Instagram on their anniversary!

Josephine Skriver's singer boyfriend definitely knows how to please his girl as he showed up with a surprise gift on Valentine's Day for her. That;'s just one example, we are sure he does a lot more, and so does Skriver.

Skriver is an advocate for LGBTQ rights since she was raised by a lesbian mother and gay father and she is an IVF kid. She encourages LGBTQ couple kids to gain positive feeling towards their parents. The supermodel also shared she is proud of her parents:

"I have always been super proud of my parents," "They raised me with unconditional love and helped me become the person I am today,"

"Now it's important for me to use my voice to help the world understand and become more open minded about LGBTQ families."

In an interview with an i-D magazine, she said:

“When people look at me and know that I’m an IVF kid, I hope they see a person, I hope to see a human being just like anyone else,”  “You get so many, like, ‘She’s not made the natural way, she shouldn’t even be here.’ But I’m not a science experiment.”