Is Tony Shalhoub Happy With Wife Brooke Adams? Details On Their Married Life and Children 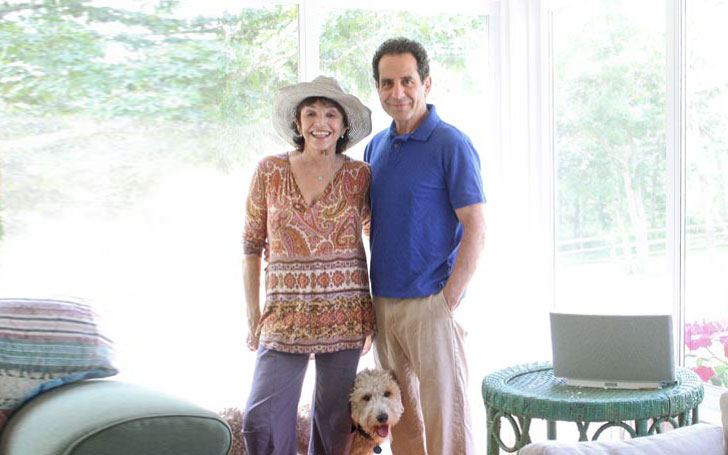 When you think of  Tony Shalhoub's works, it’s no surprise that Monk comes to mind more than once. It’s his most memorable and successful television series as of yet! He appeared on the show alongside Bitty Schram, Jason Gray- Stanford, Ted Levine, and Traylor Howard on NBC TV from 2002-2009.

It’s been quite a long time since. What is Tony Shalhoub doing currently? He's still in the industry, in fact, Shalhoub completed filming comedy- thriller movie Rosy alongside Nat Wolff, Sky Ferreira, and other Hollywood stars.

Today, we look at  Tony Shalhoub's exciting career in Hollywood but not before we talk about his married life and other personal details.

Tony Shalhoub's Married Life With Brooke Adams-Are They Getting a Divorce?

The Monk star, Tony Shalhoub, married James Dean star Brooke Adams in 1992. The couple is among the few happily married ones in Hollywood, so, there's no question of a divorce!  They are often tagged the happiest couple in Hollywood! And, we agree. Who wouldn't?

The duo has shared the screen together in several movies, television, and theater shows. Tony Shalhoub and Brooke Adams met in 1989 while performing on theater shows and eventually became friends. Later, they started dating; they were together as girlfriend and boyfriend before getting married in 1992.

The couple is seen together at several award functions and red-carpet events supporting each other, or just having a great time together!

They share two children; daughters Josie and Sophie. However, even though Shalhoub and Adams dearly love these two girls, they are not their biological children.  Brooke was already a single mother when she married Shalhoub. She adopted Josie in 1990.

Brookee Adams was in a relationship with Tony Shalhoub during the time she adopted her first child, Josie, however, She had not planned on getting married. Brookee sure changed her decision later on and tied the knot with Tony.

It was after their first wedding anniversary that they adopted another girl, Sophie. And since then, the family of four have been living happily in New York.

In December 2016, their first daughter Josie, 29, engaged got to her preschool teacher. But, the family has not announced their marriage date yet.