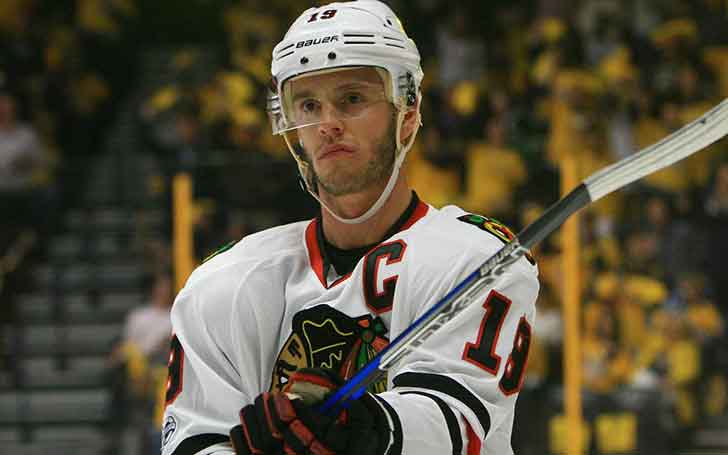 Canadian professional hockey player Jonathan Bryan Toews is the captain of the Chicago Blackhawks Team of the National Hockey League(NHL). Toews was drafted by Blackhawks in 2006 NHL Entry Draft.

In 2007-2008 Toews joined the team Blackhawks and was nominated for Calder memorial trophy as NHL Rookie of the Year. The following year he became the second youngest captain after Sidney Crosby in the NHL history.  He has dedicated most part of his life playing hockey, does that mean his personal life is not as perfect? Is he married? Does Jonathan Toews have a girlfriend?

Is Hockey Player Jonathan Toews Dating Someone? Who Is His Girlfriend?

One of the handsome players of NHL, Jonathan surely has huge female admirers and while the whole world is drooling over him, Jonathan is head over heels for someone. The name of that lucky girl is Lindsey Vecchione. 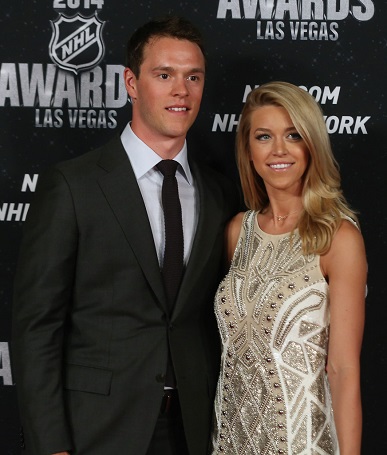 You may be thinking who is Lindsey Vecchione? She is a hair stylist and operating her own company "Hair by Lindsey". Not only that she is a native of Chicago who was a model for the big organization and magazines like "Playboy".

After cutting everyone else’s hair short.. I finally took the plunge myself! Thanks to my boothang @hairbyvictorg feels sooooooogoooooood.

Jonathan and Lindsey are in a relationship from November 2012. The pair has been living beatific life without conflicts. The couple also travels a lot in exotic places which can be seen from Toews Instagram posts.

We may not know when the lovely couple might soon exchange vows and take relationship to next level.

Prior, Toews previous affair with Gabrielle Velasquez was from 2011-2012.

You May Also Like: Canadian Ice Hockey Player Sidney Crosby Confess To Be Lucky In Love!! Who Is His Girlfriend?

Get To Know Other Popular Hockey Players: Eddie Olczyk and Steve Montador