Is Shoshanna Lonstein Gruss Dating Anybody After Her Divorce from Joshua Gross? Details Here 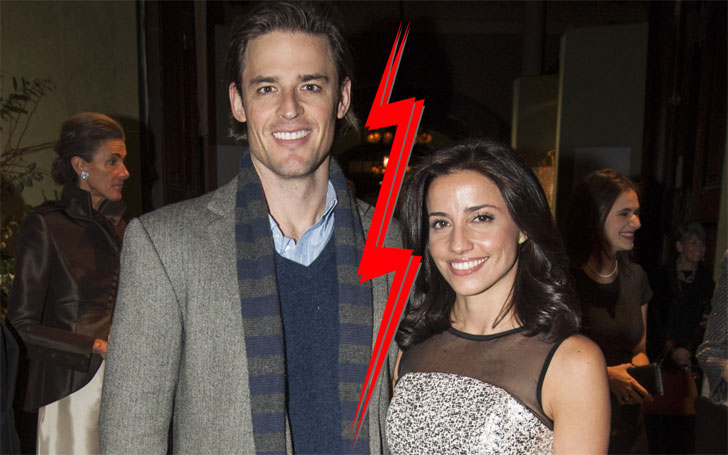 Love can't be bound in terms of age and class. There is no limitation in love. Society, however, doesn't always follow these ideas behind love. Fashion designer Shoshanna Lonstein Gruss knows all too well the consequences.

Lonstein was the topic of headlines back in 1993 due to her affair with TV star Jerry Seinfeld who was 21 years older than Lonstein. The unwanted attention led to a split between the pair.

After Seinfeld, Lonstein married Joshua Gruss in 2003. But their relationship ended in 2014. Has she found new love again? Or she is single? We have all the answers here.

Is Shoshanna Lonstein Gruss Dating Anyone After Divorce?

Forty-two years old Fashion designer Shoshanna Lonstein Gruss who rose to fame due to her relationship with TV star Jerry Seinfeld back in 1993 hasn't come open about her relationship status officially. Shoshanna Lonstein is first and foremost a mother, and this we know from her social media posts as well. Also on her Instagram bio, she introduced her as a mom first. She writes:

"A momma first and foremost to my 3 angels"

Lonstein was once in a relationship with TV star Jerry Seinfeld back in 1993 prior to marrying Joshua. At that time, she was only 17 and a schoolgirl studying at the prestigious Nightingale-Bamford School in Manhattan whereas Seinfeld was busy shooting his show in Los Angeles. There was 21 years age gap between Lonstein and her ex-husband Seinfeld. They dated for about four years and broke up in 1997. Lonstein confessed that the reason for their break up was unwanted media attention on their relationship.

Fashion designer Gruss and her ex-husband Joshua Gruss got married in May 2003. The wedding was held with a  grand ceremony at the Metropolitan Club. Gruss is the son of financier Martin Gruss.

It is not revealed when the couple met for the first time and how their love story started. But, sources report that the two dated for some time before they committed.

The couple has three children together. Joshua and Shoshanna welcomed their first child, daughter, Sienna in 2005 and twins, Angelica and Joseph Colby in 2012. After 10 years of marriage, the pair called it quits and divorced in 2014.

Joshua Gruss and Shoshanna Lonstein with their daughter

Their divorce was first reported by Page Six. According to the article published by Page Six on 17 November 2014, the split was 'amicable and sad', the article also explained Gruss and Lonstein decided to raise their kids together.

As of now, Lonstein is leading a single life. She often shares beautiful photos with her children enjoying their time on beach or in beautiful places.