It's been four months since Ronnie Ortiz-Magro called it quits with Jen Harley and called it quits and fans are now curious to know if the Jersey Shore star, 34, is currently single or dating a new girlfriend.

Well, sources exclusively confirmed on February 18 that the handsome hunk is single right now. A source exclusively told Us Weekly that Ortiz-Magro "isn’t dating anyone at the moment."

News about his relationship status comes nearly three weeks after he was spotted with two women at Miami’s E11EVEN nightclub. 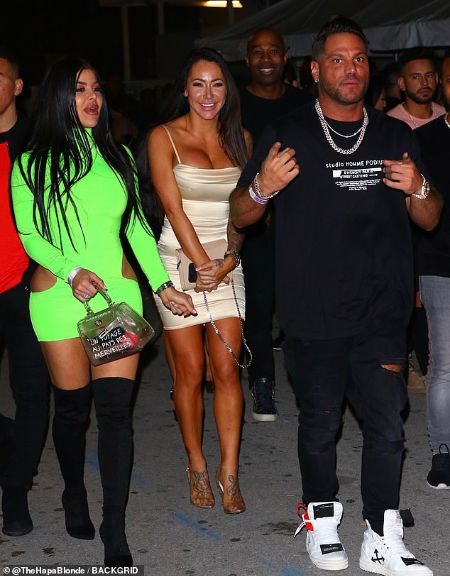 News outlets said that the three didn’t share any PDA.

On the other hand, Harley shared in an Instagram Story in December 2019 that she wants to remain single after parting ways with Ortiz-Magro.

She wrote at the time,

Just because I’m single, does not mean I’m available. I have zero interest in dating anyone right now. I’m actually the happiest I have been in a long time just getting me back, to me. working on my mind body and soul right now. #friendzone2020.

Ortiz-Magro and Harley started dating in 2017 shortly after his split with his Famously Single co-star Malika Haqq.

In December 2017, it was announced that the two were expecting a baby. They welcomed an adorable daughter, Ariana Sky, now 22-month-old, in April 2018.

The couple was in an on-off relationship before they called it quits in October 2019 following an altercation which led the actor to get arrested for domestic violence.