Is Lauren Bushnell Dating Anyone After Splitting With ''The Bachelor'' Boyfriend Ben Higgins? 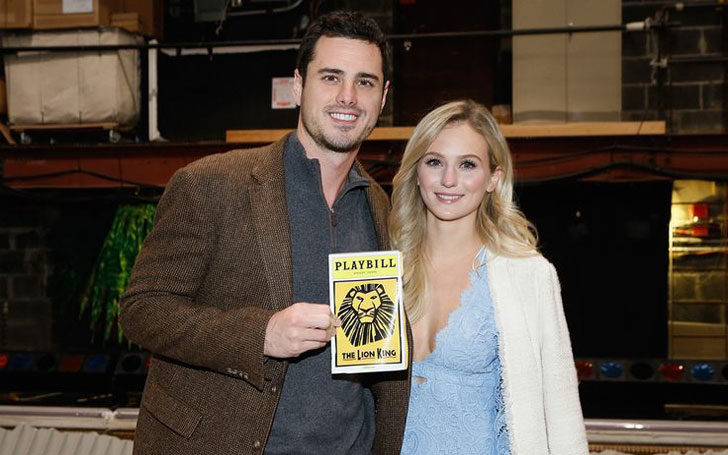 Lauren Bushnell and Ben Higgins were once one of the most favorite couples for the fans of ABC's reality show "The Bachelor." The couple also featured their engagement on the season 20 finale of the show.

But before their engagement led to wedding bells, they called it quits and separated in May 2017. Curious to know the reason for the split and her current relationship status? Here we go.

The former couple Lauren Bushnell and Ben Higgins who started dating back in 2015 first met on the sets of the reality show "The Bachelor."

After dating for a year, Higgins popped the question to Bushnell in early 2016, the proposal was featured on the season 20 finale of The Bachelor.

The speculation of their break up sparked after Bushnell spent her 27th birthday in February with her girlfriends in Punta Mita, Mexico where she was spotted without her engagement ring on.

The couple eventually announced their separation in May 2017 with the following statement:

It is with heavy hearts that we announce our decision to go our separate ways,” they tell PEOPLE in an exclusive statement. “We feel fortunate for the time we had together, and will remain friends with much love and respect for one another. We wish nothing but the best for each other, and ask for your support and understanding at this time.

The couple moved into Higgins' hometown in Denver, Colorado shortly after their engagement and even planned  their wedding on their reality show, "Ben and Lauren: Happily Ever After."

Who is Lauren Bushnell Dating Currently?

The 27-year-old "The Bachelor" star has moved on and found a new man. Currently, she is dating Devin Antin. Just after two months of separation with her former fiance Higgins, Bushnell introduced her new man via her Instagram story on August 4, 2017.

In the shared story, the reality star shared a snap of her new beau  leading her by the hand, and she wrote “Ok cutie.”

They have been dating for a few months, and some source has even claimed that the reality TV star has already met Antin 's family.

She was at a Golden State game with his sisters.

The couple first met two years back on Tinder, but they remained friends for a long time before becoming a couple, she revealed

We hung out for awhile but more as friends but always got along really well. Fast forward two years later when I moved back to LA. We hung out to catch up and things just kinda happened after that.

Bushnell is quite open about her relationship with her new boyfriend, and she usually features several snaps of Antin on her Instagram.