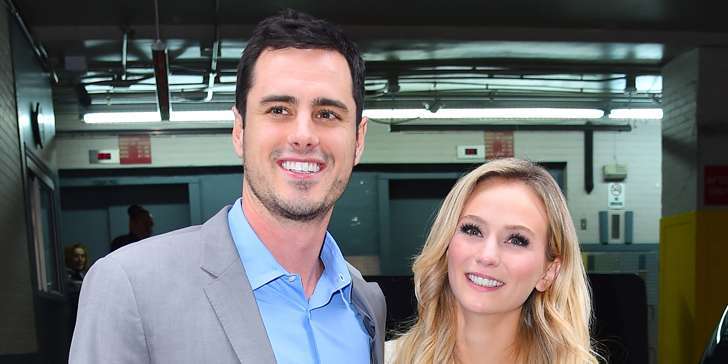 The news is that Reality Tv star Bill Higgins is all set to walk down the aisle with his to-be bride, Lauren Bushnell. The time much awaited by the fans has finally arrived. The Bachelor star Ben Higgins and his fiancée, Lauren Bushnell, are going to be super busy these next few months. And yes the reason for their busy time is their happening wedding that will take place very soon. And now there are plans being made for the big wedding that might also happen in TV. Right after the Bachelor season finale aired in March, Ben told Extra TV that they didn’t want to wait long to get married and are planning a late-2016 or early-2017 wedding. Now that Lauren is very close to being settled in Denver, the next step is to set a date. After their engagement, Lauren revealed on Twitter that she was headed towards her home in Marina Del Rey, California. Well, it is to prepare for her permanent move to Ben’s home in Denver, Colorado. She was in the L.A. area when she paid a visit to jeweler Neil Lane to get her ring resized, she is now all set to not just moving into her future husband's house but also paying attention to all the wedding business.

With a 4.6-carat blingy diamond engagement ring fitting in her finger well, Soon to be Mrs. Higgins, she says she’s ready to get the wedding planning underway. She also mentioned that she already have started checking out her dress options for the couple’s big day. She had posted a picture of her holding a wedding gown magazine and showing off her engagement ring. She is said to start all the wedding affair as soon as he moves into Ben's place in Denver. She plans to return to Denver and complete her takeover of Ben’s bedroom, bathroom, and closet, fans can expect to see more wedding-related posts on Instagram and Snapchat in the months ahead.

The reality tv stars are not really known for making it to the wedding, the relationship is the limit just like with the Bachelorette star Kaitlyn and her fiancé Shawn Booth have been stalling their wedding for a long time now. But Ben and Lauren aren’t going to wait for their wedding and are all set to get going to make the wedding happen with their wedding plans, and it sure sounds like they are going to be one of the few Bachelor franchise success stories. Fans are hoping to see Ben and Lauren tie the knot on TV. They may get their wish. They aren’t opposed to having that happen, although they made it clear that they aren’t chasing fame. Instead, they confess of wanting to make a home together, get married, go on an amazing honeymoon, and settle into real life away from the spotlight.

Ben wants to go back to his job while Lauren wants to be returning to her job as an Alaska Airlines attendant once settled. Their net worth is not disclosed. The couple's wedding is to be on aired on television or not, there is still time to find out that. They haven't decided anything yet. They might get married in a private wedding but it could also become a TV business. Well, we will find it out eventually.