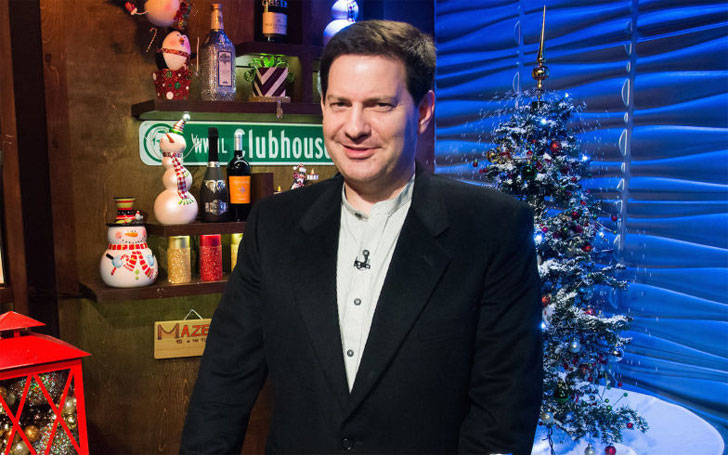 We all are up to date about his professional life, but what about his personal life? Is he married or dating someone?

Mark is unmarried yet but living together with Karen Avrich, his longtime partner. The couple is dating since 2002.

As per their social media accounts, they have recently welcomed their child; a son in January 2017.

The couple frequently shares their baby’s pictures on their social media. Mark enjoys his free time with his child and girlfriend.

Karen is an American author and educator, she is the daughter of late Paul Avrich, author, and historian of anarchism.

When her father passed away in 2006, she took the responsibility to complete the biographies: he was writing about Emma Goldman and Alexander Berkman. The book is titled Sasha and Emma, released in 2012.

She is also a writer, editor, and researcher. She wrote an op-ed in the New York Times where she described her childhood. She mentioned that she used to go on vacations a lot, especially to Amsterdam, where her father used to work. She said she would “tour the city, wander the canals, visit the great museums and sample the local chocolates.”

Her dad inspired her to be a writer.

53-years-old journalist Mark Halperin began his career in the late 1980s. In 1988, he started working as a researcher for ABC News and World News Tonight.

Later, he served in the investigative unit of World News Tonight in Washington.

In 1992, he became a full-time off-air producer for the agency. Following that, he covered the news of former US president Bill Clinton.

After two years, ABC assigned him as a special events producer for the New York area and later promoted him to an editorial producer.

Image: Karen Avrich during launching her book in 2012

In 1997, he became the political director of the ABC News. As a director, he appeared frequently as a correspondent and political analyst for the ABC News radio and TV programs. After many years, he founded and edited The Note, which appeared daily on ABCNews.com.

In 2006, he published the book titled The Way to Win: Clinton, Bush, Rove, and How to Take the White House in 2008. Mark co-authored the book along with John F Harris.

In 2010, he joined MSNBC and became a senior political analyst at MSNBC. On June 30, MSNBC suspended him from his duties; due to his slurring former President Barack Obama on the morning show Morning Joe. He returned in his position after a month of suspension.