Is Actress Vanessa Marcil in a New Relation after her two divorces? Know about her Boyfriend 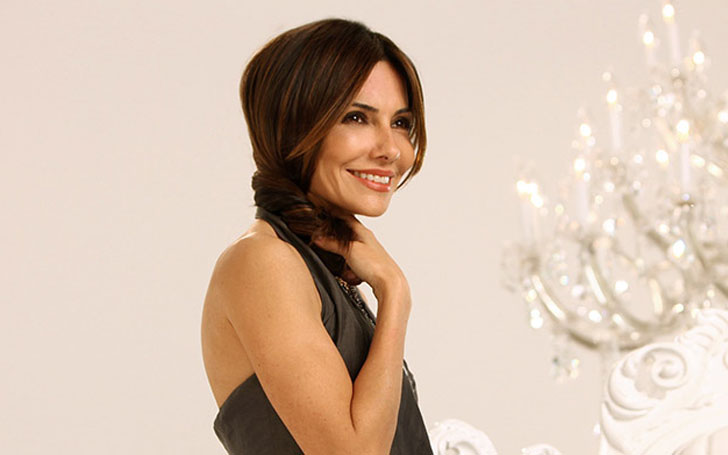 Vanessa Marcil is an American actress best known for portraying the various roles such as Brenda Barett on General Hospital, Gina Kincaid on Beverly Hills. She has also featured in Las Vegas as Sam Marquez. She appeared in many theatrical productions in her early age including Fool and Cat on a Hot Tin Roof.

She made a television debut in 1992 in the TV series General Hospital. She has appeared in various movies such as The Rock, Nice Guys Sleep Alone, Storm Watch etc.

After two divorces, Vanessa Marcil revealed her engagement with her boyfriend in early 2015. She revealed through the social media that she has been engaged but has not mentioned anything about her future husband. She regularly shared the couple's pictures on her Instagram.

The actress posted a photo of her hand with a ring on the exact place and with the caption,” Ok!!! Here is my news Finally! I got a mani after exactly 1 year & we are planning our wedding but how do U pick Ur nose with nails? #imserious”.

Marcil has been allegedly married since last year but is yet to talk to the media about her married life and further details. However, we can surely say that she is in a living together relationship as she shares many photos with her boyfriend. The duo seems very happy at present.

The only available detail about her boyfriend is that he has a Twitter and Instagram account named  MC. He has also shared his photos with Marcil and his stepson.

Marcil was previously married to Corey Feldman in 1989. The relation lasted only for four years and divorced in 1993. She is known for dating with co-actors. She has a son, Kassius Lijah Marcil-Green from her boyfriend and co-actor of Beverly Hills, Brian Austin Green.

She married Carmine Giovinazzo in 2010 converting 12 years of love life into the marital relationship. They announced that they are expecting a baby shortly after marriage but Marcil had miscarriage twice in a year. The relation did not work and divorced on March 2013.