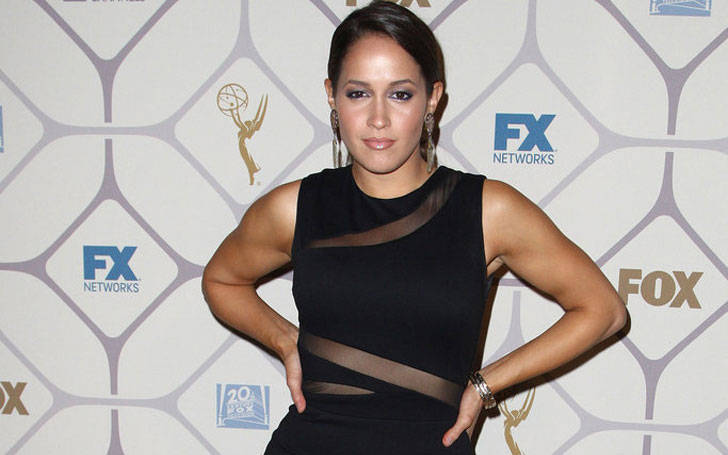 Jaina Lee Ortiz is an American actress and dancer best known for her female lead role in the series Rosewood airing on Fox. She debuted in theatrical shows in an off-Broadway play. She has been featured in the VH1 reality show Scream Queens 2 and was one of the finalists.

Ortiz has appeared in many national television commercials and performed in local theatrical productions. She appeared in the series The After created by Chris Carter alongside Sharon Lawrence and Adrian Pasdar.

Bradley Marques is a writer and director and is also a co-star of Ortiz in the series Rosewood. They recently celebrated their 7th love anniversary on January 1 as she posted a photo of the couple wishing the Anniversary. She has also mentioned in her caption that they got married only after dating two months.

Got our hats on and ready to go out for dinner. #sushi.

Ortiz has also replied tweet about her marriage stating that she is married to her best friend Brad Marques. The couple has shared many photos of each other on their social sites which prove that they are deeply in love with each other. They have no children yet and are more focused on their career at present.

Jaina Lee Ortiz is an American actor and dancer born in California. She was taken to The Bronx and joined dance class from her early age of nine. She was a professional instructor and performer by the age of 15 and began teaching. She began acting from her early age appearing in the student films.

Ortiz was selected as the cast on VH1 reality show Scream Queen in its second season and was a finalist. She appeared in a series The After and is the cast of Rosewood at present.