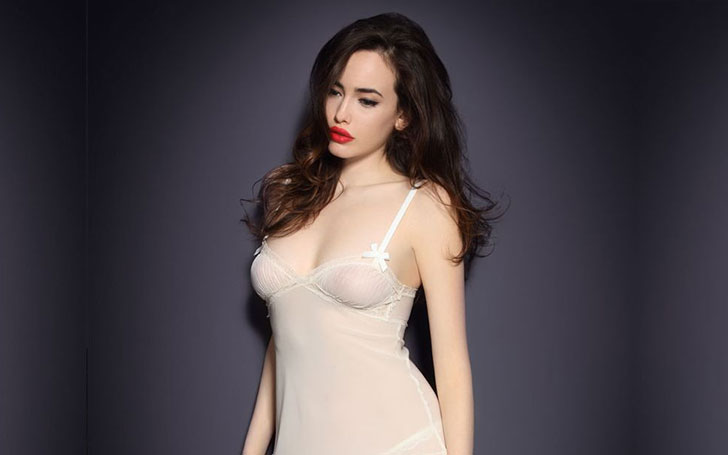 Kat Dennings is the epitome of sexiness and effervescent in Hollywood and is mostly known for her bold and sarcastic role in the famous sitcom 2 Broke Girls that aired on CBS from September 19, 2011, to April 17, 2017. The series was canceled after 6 seasons.

It is just not only her professional life that has captivated the audience, Dennings'  love life is just as entertaining as well. The bold and extremely funny Kat Dennings has always is always open about her relationship and love affairs. She jokes about it, gushes over it, and what not! So, who is the super funny and super sexy Kat Dennings dating these days?

Kat Dennings, as per some sources, is believed to be single in recent days after quite a nasty breakup from boyfriend Josh Groban last year.

It takes time to get over breakups and when you are a Hollywood celebrity you are so busy in your career, getting in a new relationship can be tricky as well. Kat Dennings is just taking her time!

Kat Dennings and Josh Groban started seeing each other in 2014 and after two whole years of being in a relationship, they decided to split up. As per sources, they ended their relationship in mutual understanding.

After the breakup, a source told E! News that it was a mutual breakup. The source went on to add:

They are still friends and care about each other, but it’s not the right time for them now as a couple.

Josh Groban and Dennings made their first public appearance in 2014  at the Beverly Hills Carousel of Hope Ball. They went on dates and Kat heard her then-boyfriend sing live for the first time there.
The couple was as strong as ever in 2015, Groban was seen gushing about Kat on The Ellen Show. He even said that the fact that they both are geeks brought them together as a couple.
To quote Groban, he said, '' Humor is such a huge thing for me, so, you know, the fact that we could talk about Monty Python and all sorts of weird other things, I was like, ''Okay yeah, we're on the same page.''
Later that same year, Kat Dennings went on The Ellen Show where she gushed about Josh Groban saying:

'' Obviously, you know how talented and amazing he is, but what you may not know is that he's one of those people who can sit at a piano and play anything, anything off the top of his had....he's just, he's just a genuis.''

The other broke girl and Dennings' co-star Beth Behrs who was the one to introduce the pair talked to People about them calling them ''nerds at heart.''

They’re in this crazy business, they’re both very calm and mellow and wonderful. And he treats her like a princess, and it’s amazing.

The story didn't end like a fairy tale, Kat Dennings, and Josh Groban ended up breaking up in 2016, however, Behrs got engaged to Michael Gladis, her boyfriend of six years.

Kat Dennings has quite a dating history. And she's known to date some A-listers! Here's a list:

Is Kat Dennings going to date another Hollywood A-lister this time, or is it going to be someone out of the industry? We'll have to wait and see.