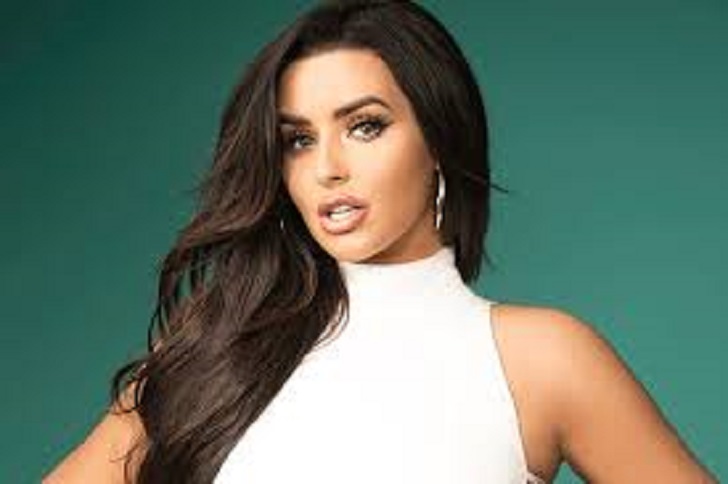 Social media has become an easy way to gain popularity these days. Instagram star Abigail Ratchford is one of them. The social media personality who is also a model is winning her Instagram game with nearly 8 M followers on her Instagram account.

Ratchford scored millions of fans due to her glamorous Instagram presence, she is one of the gorgeous Instagram models of the present time. Abigail is always in the news, it's her one photo or another usually. This time around, she is news for a completely different reason.

The stunning Instagram model, Abigail Ratchford, is in a romantic relationship with a basketball player, Klay Thompson.

Twenty-five-years old Instagram Star Abigail Ratchford who is quite popular for her Instagram account with nearly 8 M followers is recently in the news due to her Snapchat post. The rumor of her dating the Golden State Warrior's Klay Thompson is all over the social media after her Snapchat post on 7 August.

According to the Mercury News, the glamorous model shared a picture of 27 years old Klay Thompson’s dog, Rocco along with a snap of basketballs on a countertop on her Snapchat post on Monday. She captioned the picture:

“That was the best I’ve slept in a year,”

The source did reveal that Thompson was not in any of the pictures. Also, the NBA superstar and the model don’t follow each another on Instagram, however, she follows his older brother, Mychel Thompson.

After the post went viral, the social media sensation expressed her disappointment and said to The New York Post:

“My manager was right that I shouldn’t put [my relationship] out there. … It’s never a good business move,”?

“You kind of have to pretend you’re single, just so [your fans] can have the fantasy of having a chance with you.”

The model was previously linked to Knicks’ Kristaps Porzingis. It was rumored that the couple first met through Instagram.

Ratchford who was the fifth child of her parents took part in Miss Pennsylvania pageant at the age of 20. But she didn't gain fame after the pageant. In an interview with aol.com in December 2016, Ratchford shared that she became a model by an accident.

"It kind of happened by accident. I did this photoshoot with my friend who is a photographer in Philadelphia, which is about two hours from where I grew up. It was just for fun, and at the time I didn’t have any social media really."

"I just had a Facebook for my family and my friends. Then he posted the pictures of me on his Facebook and all of these websites saw them, and they just kind of spread around."

According to her statement, she rose to fame after that incident. Currently, she has established herself as a successful Instagram star. According to the Entrepreneur.com in 2017, Ratchford makes $3,500 for a per sponsored post on her Instagram.