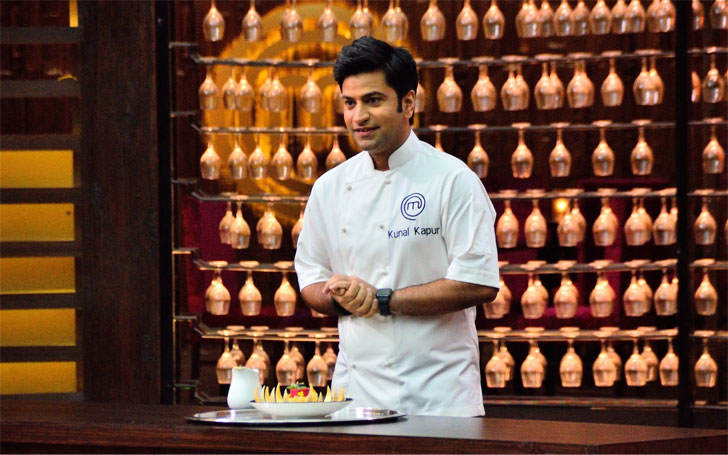 Kunal Kapur, 38 years old chef is a celebrity chef in India. Chef Kunal is well known for hosting and judging  Master Chef India, a franchise show of MasterChef ( U.S). He hosted and judged the show for its first three seasons (2010-2012), he's also a part of Junior Masterchef India.

The famous Chef, Kunal has achieved a lot when it comes to his career, he recently launched a seven-episode web series capturing chef’s food and wine experience in Australia, #TravelWithKunal.

The famous chef, however, keeps his private life under the radars. Now, that ignites a lot of curiosity among fans. Who is chef Kunal Kapur's wife? Does he have children?

Is Chef Kunal Kapur Married? Does He Have Children?

Chef Kunal, as believed is married, and as per sources, her name is Ekta. It seems that Kunal is quite shy when it comes to his personal life, there is not much information about his wife anywhere in the media.

Kunal being a great Chef and having a wonderful media personality seems to be very busy when it comes to making time for his family.  In one of his interviews with Indian Food Freak in 2013, when asked about his personal life and his time management skills he responded,

I have a wife and a two-year-old son

They are never happy that I am away for so long. But they support me all the way in what I do.

Ekta Kapur and the kids sound like a supportive family! Chef Kunal is truly blessed! You'll see how together they are as a family when you go through Kuna's Instagram; there are some adorable pictures of his kids!

When you are hungry & you want it now.

Even though Kunal says he's not with his family for long as he has to travel for his work, he does pretty amazing things for his family. Like the time when judges of MasterChef India were invited to another Indian show Naach Baaliye where he confessed he couldn't dance at all, but still took part in the show.

How does that count?

Happy 71st Independence Day! Our freedom was not given to us, it was won! Never forget that pride, never forget to make it count. #ProudIndian

Hear what Kunal had to say and you'll see why:

My wife Ekta Kapoor loves dancing and is extremely good at it. But when it comes to me, I find it externally challenging to even do one step in sync. Looking at the way the couples on the show, who have been non-dancers, have progressed, only for the sake of their wife, I am extremely touched.

That is indeed a lovely gesture!