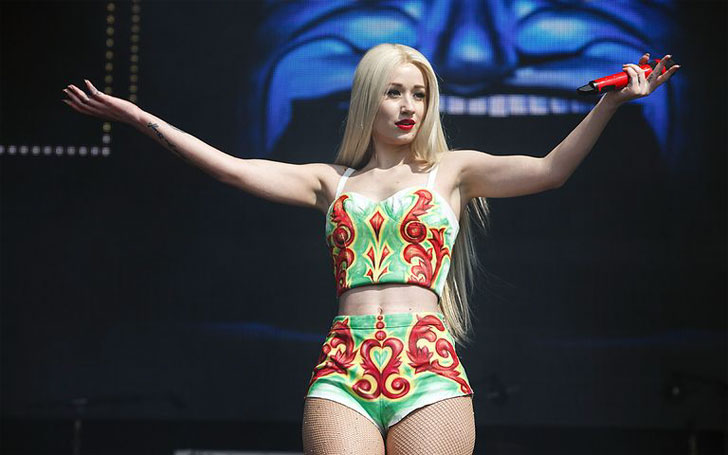 Amethust Amelia Kelly is the name of an Australian recording artist (rapper) and a model, popularly known in the music entertainment world as Iggy Azalia. Iggy was born in the year 1990 June 7 in Sydney, Australia. Iggy Azalea though has an Australian English accent but she raps with the Southern American accent making her unique one in the music field. Iggy Azalea is a young and beautiful blonde woman. She has the good height of 178 cm and weighs 62 kg. She has the very curvy body measuring 32-23-37 inches. She does not hesitate and let the chance to go off to show her curves. Iggy Azalea has tough girl attitude, hip-hop glamour look having blonde hair, snow white-esque skin and tattoos and has powerful rapping ability. She has been working in this field since years but 2014 has been the year of her success earning name and fame across the universe. She has released her debut album in 2014 which already is soaring up in the charts.

Talking about her relation, Iggy Azalea being a sexy hot beautiful celebrity, no man can denies her sex appeal or can ignore her. She had dated American rapper ASAP Rocky in the year 2011. She met him through Chase N. Cashe who is an American record producer. She confirmed her relation with ASAP Rocky in an interview with Vibe in 2012 January. But in 2012 July, Rocky stated they are no longer in relation. In 2013, a big rumor waved in the internet and papers about the topic of Iggy Azalea and Kanye West affair. It was completely a rumor which she clarified and said she was shocked to know the news which she found while she went to buy the chicken in the market. Since 2013, Iggy Azalaea began to date with Los Angeles Lakers Basketball player Nick Young. She has been spotted continuously with her boyfriend Nick Young in several events and also been continuously posting their pictures in Twitter and Instagram. Besides these, there has not any known and confirmed news of her affairs in the past or in present.

Iggy Azalea is a daughter of a painter and comic artist while her mother was a cleaner of holiday houses and hotels. Azalea began rapping since she was 14. Iggy was influenced from Missy Elliot, TLC and Tupac Shakur. All she wanted to do was to rap and the birth place of hip hop which was United Sates so she always wanted to be at States. In order to pursue her dream, she flew to States when she was 16 years of age in 2006. She had not told her family that she is going to States instead had told them that she is going on a vacation. Shortly after reaching States, she told her parents she would not come home back. For the cause, she even dropped out of her high school and began to work and save money cleaning hotel rooms and holiday houses with her mother.

Iggy Azalea had to struggle in the initial phase in order to survive and start her career. She had to move often from one place to another and from States to her country in order to renew her visa. She took the name of Iggy from her pet dog and Azalea is the name of the street where she grew. She started rapping but people thought her rap sucks and laugh at her but she continued to rap ignoring it. Iggy met a person from Interscope Records who encouraged her to keep rapping and move to LA. Following the suggestion, she did so and then she was managed by Interscope. She then began to upload her freestyle videos in the YouTube which subsequently went viral. This step of her opened the door to her in the music world. Afterwards, her career began to flourish and she began to appear in the music industry earning name and fame worldwide.