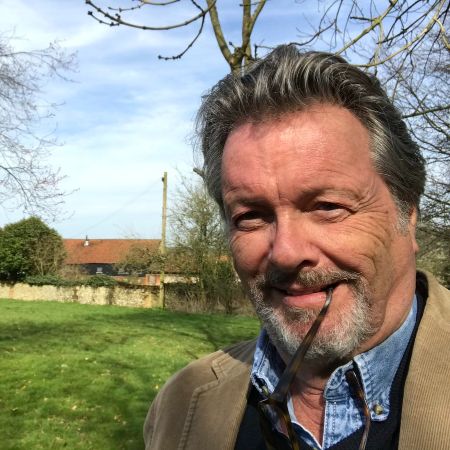 Ian Ogilvy is an English actor, playwright, and novelist who started his career back in 1958, appearing in the short film Carrion. He is famously known for his starring roles in the TV shows Return of the Saint and Generations. Regarding film appearances, the actor has notably appeared in the epic period war film Waterloo.

Ian Ogilvy was born Ian Raymond Ogilvy on 30 September 1943, in Woking, Surrey, England, United Kingdom. As of writing this article, he is 77 years old.

He is the son of actress Aileen Raymond and Francis Fairfield Ogilvy, who is a brother of advertising executive David Ogilvy. He is a grandson of Francis John Longley Ogilvy, a cla s sics scholar and a failed financial broker.

For his study, the actor attended the Sunningdale School, Eton College, and later enrolled at the Royal Academy of Dramatic Arts. He stands at the height of 6 feet (1.83 meters).

Net Worth Is In Million - Starring Roles In TV And Film

The Woking, Surrey-born actor has earned a considerable amount from his long-decade successful acting career. As of June 2021, he is estimated to have a net worth of $1.2 million.

The average number of actor payments in the United Kingdom is £25,675 per year or £13.17 per hour. So he might be earning in a similar or above range.

He started his acting career, appearing in the short Carrion in 1958. To date, the actor has more than 100 combined TV and movie credits under his name so far.

Ian made his early appearances in TV series like The Hidden Truth, The Man in Room 17, and The Avengers. Similarly, he made his full-length film debut as Philip in the horror film The She Beast in 1966.

His other early films including Stranger in the House, The Sorcerers, and The Invincible Six. He starred as Wiliam Howe De Lancy in the epic period war film Waterloo in 1970.

The 77-year-old actor gained further fame for his portrayal of Simon Templar in the ITV series Return of the Saint from 1978 - 1979. The actor also played Reginald Hewitt in the NBC soap opera Generations from 1990 to 1991.

Some of his other notable TV series and films are Malibu Shores, Caroline in the City, We Still Kill the Old Way and My Life in Ruins (box office collection of $20.5 million).

'Return of the Saint' actor has been married twice. He tied the knot with Kathryn Holcomb in 1992. She is an actress and a former wife of renowned actor Bruce Boxleitner.

Prior to Holcomb, Ian was married to model Diane Sarah Patricia Hart. They were married in 1968 and divorced in 1983. The pair has a son, Titus Oglivy, who is a cinematographer.