Hulk Hogan's Net Worth 2017: How much has Hogan earned from his four decade long career? 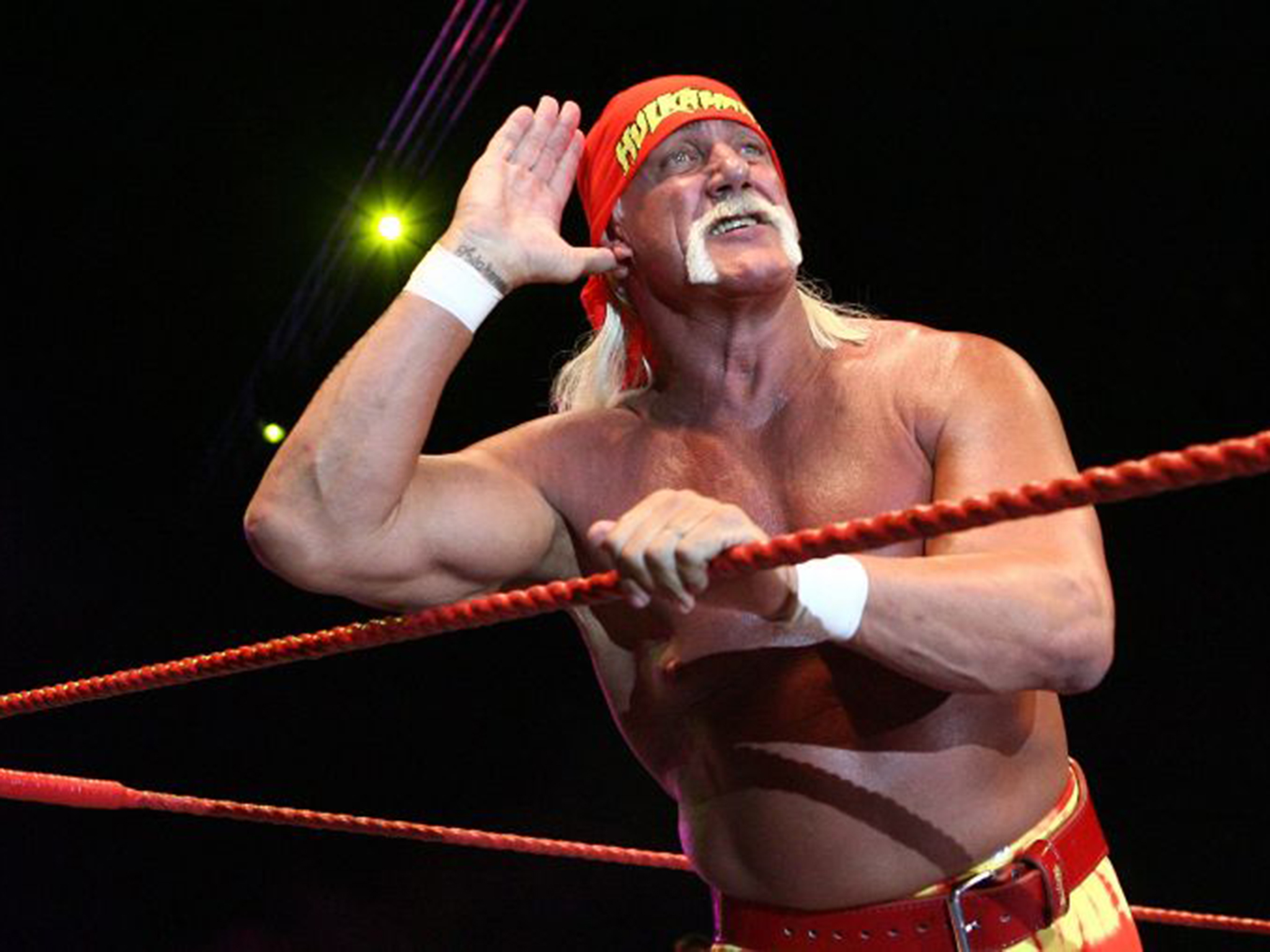 Terry Gene Bollea, better known as his ring name Hulk Hogan, needs no introduction in the world of sports. Though out his nearly four decades of career, Hogan established himself as one of the most recognizable and followed celebrities in the world.

Though Hogan retired in 2015, has earned hefty amount of net worth from his career. How much has the wrestling star accumulated? What is his net worth? We have all details about Hogan's sources of income and assets here.

How Much Has Hulk Hogan Earned? What Is His Net Worth?

According to Celebrity Net Worth, Hulk Hogan's estimated net worth is $25 million. As of 2017, he earned nearly $8 million.

The credit to his such an impressive net worth goes to his long career in wrestling, television, movies and also from several endorsement contracts and merchandise. His estimated net worth was more than $30 million in the year 2008.

He retired in 2015 after WWE terminated his contract due to his racial comments. In his most recent interview with TMZ Sports, he revealed his wish to return to WWE.

The 65-year-old professional wrestler initiated his career in the late 80s and became one of the most popular wrestlers during 1980s and 90s.

Following his successful career, Hogan also tried his luck in movies. His debut movie Rocky III in 1982 made $270 million at the box office. Reportedly, he was paid $15,000 for the movie.

Hogan then appeared in several other movies. His movie No Holds Barred collected $46,093,651, Suburban Commando made $8million, and Mr. Nanny made 4.3 million at the box office.

Furthermore, Hogan also performed in several television shows including Thunder in Paradise, The Ultimate Weapon, The A-Team, Suddenly Susan and much more.

Hogan also starred in a reality documentary television series on VH1 Hogan Knows Best in 2005 along with his then-wife Linda Hogan and their two children: Brooke Hogan and Nick Hogan.

Moreover, Hogan's television career was not limited to acting. He also worked as a host at American Gladiator in 2008 and Hulk Hogan's Celebrity Championship Wrestling. He was a judge in the sixth season of Tough Enough in 2015.

His musical career also helped Hogan to increase his net worth. He served as a frontman for The Wrestling Boot Band and the single of the band, Hulk Rules was listed at #12 on the Billboard Top Kid Audio chart in 1995.

Hogan also has an endorsement contract with several brands including 1992 commercials for Right Guard deodorant and Rent-A-Center.

He further owns his own video game, Hulk Hogan's Main Event and was featured in the several other licensed wrestling video games including MicroLeague Wrestling, WCW/nWo Revenge, TNA Impact! Cross the Line and WWE Immortals.

Hogan runs several businesses and real estate including two restaurants, Pastamania in the Mall of America in Bloomington, Minnesota and Hogan's Beach in the Tampa area. He also introduced his own energy drinks Hogan Energy in 2006 and website Hogan Nutrition in 2011.

Throughout his four decades of career, Hogan became the world champion for 12 times, a six-time WWF World Heavyweight Champion/WWF Champion. He is also the first wrestler to win Royal Rumbles back to back in 1990 and 1991.

Hogan resides in the 5,000 square foot mansion in Florida which he purchased back in 2014 with wife Jennifer Hogan for $3 million. They married on 14 December 2010.

Hogan resides in the 5,000 square foot mansion in Florida

Hogan and his family of then-wife Linda Hogan, daughter Brooke Hogan, and son Nick Hogan used to live in the mansion while they were featured in a reality documentary television series on VH1 Hogan Knows Best in 2005.

He also has a huge car collection. He owns stunning Viper car whose current starting price is $87,895.

As per recent source, Hogan loves spending his money is expensive and branded items. Furthermore, he loves adventures and has been spotted exploring several new places time and again.

Hogan's divorce with former wife Linda Hogan cost him a hefty amount of money. As per their divorce settlement paper, Hogan paid Linda more than 70 percent of their liquid assets including 40 percent ownership in most of Hogan's companies, around $30 million worth of cash and assets. Linda also received an additional $3 million as a property settlement.

She also got $7.44 million of their $10.41 million amount in their combined bankroll and investment accounts. Linda also received Hogan's several cars from his collections including a Mercedes-Benz, a Cadillac Escalade, a Corvette and a Rolls-Royce.

The WWE star later revealed that his divorce with Linda and maintaining a lavish lifestyle led him to bankruptcy. In an interview in 2011, he said:

Hohan and Linda married in 1983 and separated in 2007. Their divorce was finalized in 2009. The couple together shares two children, daughter Brooke Hogan, and son Nick Hogan.

Back in 1985, during the promotion of the first WrestleMania in a talk show Hot Properties, the wrestling star performed one of his signature wrestling moves on Richard Belzer due to which Belzer pass out.

For which Belzer sued Hogan and the case was settled down for a $5 million. Later in 2006, it was revealed that the settlement amount was half paid by Hogan and half from Vince McMahon.

Back in 2007, Hogan and his former best friend's wife Heather Clem's 41-minute sex video was leaked by an online site Gawker. Clem was married to radio personality Bubba the Love Sponge.

In November 2016, the online site filed for bankruptcy and later a new settlement of $31 million was made.

Hogan suffered from several health issues including his back problem. In 2013, he sued the Laser Spine Institute claiming he lost over $50 million of his earning due to several unnecessary surgical procedures.

The medical malpractice lawsuit was filed for $50 million citing that Laser Spine Institute led him to undergo several unnecessary “endoscopic surgical procedures that further destabilized his already existing injured back and severely damaged his entertainment and athletic career” on for monetary profit.

Hogan is also popular for generosity as he is one of those celebrities who has been engaged in several charity activities. He is renowned for his involvement in the non-profit organization, Make-A-Wish Foundation for the support of terminally ill kids.

He raised around $400,000 funds for Achilles Freedom Team to support U.S. veterans, children, and cancer patients along with other philanthropic car dealers.

Similarly, he is notable for his charity involvement for American Diabetes Association, Dreamseekers, 50 Legs, The Special Olympics and much more.