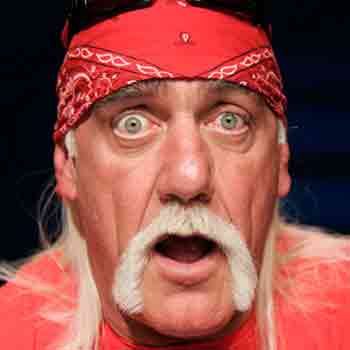 The world famous Wrestler of all time, Hulk Hogan, birth name Terry Gene Bollea is also known as Mr. America. He is one of the greatest, most popular and charismatic wrestlers in the world wrestling history.

Besides being famous as a professional wrestler, he is also an actor, television personality, entrepreneur and musician for WWE. He is a 12-time World Champion being six-time WWE World Heavyweight Champion and six-time WCW World Heavyweight Champion. He is the third longest reigning wrestling champion. He has set the standard of the WWE superstar. He is known as the key figure in the rise of the World Wrestling Entertainment from regional attraction to the worldwide scenario.

Born as Terry Eugene Bollea in the year 1953 at Augusta, Georgia, Hulk Hogan is the son of a homemaker & dance teacher mother Ruth V. Bollea (1922 - 2011) and a construction foreman father Peter Bollea (1913 - 2001). He belongs to American nationality and is of Italian, French and Panamanian heritage. His parents raised him with his brothers Kenneth Wheeler and Alan Bollea.

He became interested in wrestling when he was 16 years old. Hogan was the big fan of Dusty Rhodes. He is also a skilled musician. He had spent ten years playing electric bass guitar in several Florida based rock Bands. In his spare times, Hogan used to work out at Gym and eventually became the strong big lifter making his strong body posture and physique.

Hulk Hogan started training with Matsuda for more than a year before he entered the world of wrestling in 1977. He made his first debut in the wrestling arena in 1978 as “Sterling Golden” before being as Hulk Hogan. He was featured in several of the main event matches during the time. In 1979, Hulk Hogan gained the recognition of the highest honor in wrestling arena winning NWA World Heavyweight Championship.

In the same year, Hogan was introduced to the WWF Company head Vincent J. McMahon, who was impressed by his charisma and physical appearance. It is then when Terry Bollea aka Hulk Hogan gained the name of Hulk Hogan as Vincent J. McMahon wanted to use an Irish name and he looked similar to the comic hero, the Incredible Hulk.

My daughter, @mizzhogan’s best friend is Pipers daughter, Ariel. When she says, “I’m hanging with Piper!”, it catches me off guard every time and really makes me miss Roddy! He was the best! Only love for Piper, my brother. HH #wwf #wwe #hotrod #rowdy #classic #legend #rip #missyou #hulkhogan

After joining in WWF, the fans for Hulk Hogan began to grow and the reign of Hulkamania started. Hulk Hogan was handpicked by Vincent J. McMahon as the company’s showpiece and his popularity. His popularity and performance had even impressed the Hollywood Actor Sylvester Stallone, that he cast him as “Thunderlips the Ultimate Male” in his movie Rocky III in 1982.

Hulk Hogan enjoyed the call of popularity and stardom from the 80s to early 90s. He is one of the WWF personality that helped the show to transform into the big show it is today. After winning the numerous WWF titles, Hulk Hogan began to appear in several of the movies, television shows, records and lunch boxes.

Oh man I am pumped because for years, fans have asked “what’s next”? Well here it is, JACK! It’s happening, we’ve never gotten together to hash things out and talk to the fans. Now you MIGHT get to be part of it. Take those fingers clicking on hulkhogan.com, brother! Hollywood HH #wwe #wcw #nwo #wwf #hulkhogan #wrestling #event #brother

His popularity was growing, but then he was cited in the part of steroid scandal that had him being terminated in both wrestling and film careers. His legacy in the WWE arena is very significant. The matches of Hogan with his greatest rivals Roddy Piper, King Kong Bundy and ultimate warrior are still the noteworthy parts in WWE history. His greatest matches in WrestleMania count with Andre the Giant in Wrestlemania III, Randy Savage in Wrestlemania V and with The Rock in Wrestlemania X8.

Hogan had left WWE for its greatest rival WCW in the 1990s. He turned to villain as he smelled the tiredness of his fans sees him as a hero. He maintained his posture as stardom as a cowardly bad guy in WCW entertainment.

Hulk Hogan is the owner of the several restaurants. Recently in 2012, he opened a beachfront restaurant called “Hogan’s Beach” in Tampa Area. His net worth in 2008 has been reported to be over $30 million. However, recently, his salary is reported to be around $ 5 million ranking him 23 out of 27 wrestlers having the net worth of $5 million. In 2017, he earned nearly $8 million. As of 2018, his net worth is $25 million as per The Richest.

Moreover, Hogan also earns much from his movie career. His debut movie, Rocky III made $270 million at the box office which was released in 1982. His next movie, No Holds Barred grossed over $46 million.

Figured out why my Demon is shutting down,there is a govenor that tops out at 168mph because the drag radials are only rated for 160mph but with my new tires and the crate race gas adapter and no govenor the car will do 203 mph,can’t wait for my new tires brother,track only HH @hulkhogan @hogansbeachshop

Talking about the personal life of Hulk Hogan, he is a married man. He is married to his second wife Jennifer McDaniel after his divorce with his first wife Linda. The couple started their affair in 2008 and got engaged in December 2009. Finally, they tied the knot in 2010 in a private ceremony attended by friends and families in the backyard of Hogan's house at Clearwater.

Despite the huge age differences and the fact that Hogan filmed having sex with Heatehr Clem, Hogan is living happily with his second wife. The couple has no children together but Hogan has two from his previous marriage. The family currently resides in Tampa, Florida.

Previously, he married to Linda Claridge in 1983 December 18. He has two children from her, a daughter named Brooke Hogan and a son named Nick Hogan. Besides, Christiane Plante who was his daughters associate for her 2006 album, claimed that Hulk Hogan had an affair with her in 2007 after knowing this his wife Linda filed the divorce on him. Hulk Hogan stated he thought of his death after the divorce and never had cheated on Linda.

After the divorce, Hulk paid more than 70% of their liquid assets including 40% ownership in most of his company which worth around $30 million of assets and cash. Moreover, his ex-wife got $7.44 million of their $10.41 million from combined bankroll and investment accounts. Later, the WWE star revealed that his divorce led him bakruptcy after providing huge divorce alimony. He says,

Moreover, Hogan has been pulled into several of the rumors and issues.Talking more about Hogan, he is also known as Mr. America, The Super Destroyer and Hollywood Hogan. His trademark includes the yellow and red combination.

During the promotion of the first Wrestle Mania in a talk show, Hot Properties in 1985, the legend performed his signature wrestling moves on Richard Belzer due to which Richard pass out. After the incident, the case was settled down for $5 million.

In 2007, an online site called, Gawker leaked the 41-minute sex video of him and Heather Clem, wife of Hogan's best friend. After some years, he filed a lawsuit against Gawker, Denton and AJ Daulerio citing emotional distress and loss of privacy. Later, the case was settled.

Hulk Hogan stands at the height of 6 feet and four inches with the body weight of 137 kg, he is an undisputed WWE champion adored and admired by many of his fans known as Hulkamaniacs. AS of 2018, his age is 65.

Check out the facts about Hulk Hogan: 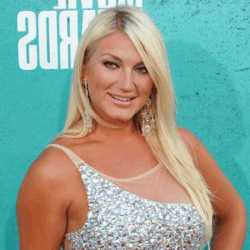