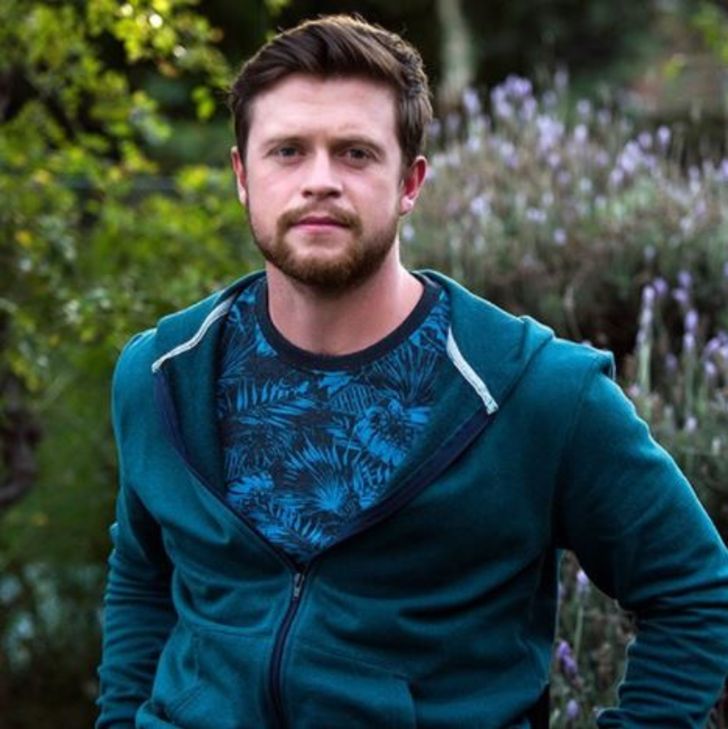 Professional since 2009, the Scottish-born Australian actor Hugo Johnstone-Burt grabbed TV fame through Home and Away (2012-13) and Miss Fisher's Murder Mysteries (2012-15).  Furthermore, Johnstone-Burt gave an introduction of his acting prominence with the portrayal of Vincent in The Wrong Girl (2016-17) & totals 25 TV credits in 2020.

While studying acting as his elective for his Higher School Certificate, he got fascinated with acting & progressed through theaters. Later, the actor was accepted in and graduated from the National Institute of Dramatic Arts (NIDA) that would open up the entry to the Australian film industry.

Johnstone-Burt was born Hugo Kingsley Johnstone-Burt in 1987 in Edinburgh, Scotland. His father & mother were both in the navy. At the age of 2, Hugo along with his brother (who is now an army) and sister (a lawyer) moved to Sydney, Australia.

Once Rejected From National Institute of Dramatic Arts & Was Later Accepted

Raised in Sydney's leafy North Shore, Hugo attended a local primary school & later attended Barker College in Hornsby during Grade 5. While at school, he showed great interest in sports and extracurricular activities. Moreover, for his Higher School Certificate (HSC), Johnstone-Burt studied dramatic arts that made him fascinated with acting.

So, Hugo Johnstone-Burt tried out for an entry at the National Institute of Dramatic Arts after his schooling. But was rejected due to young age. In 2007, he was accepted into NIDA; his graduation play was The Importance of Being Earnest, where the actor played the role of Jack.

In 2009, the NIDA graduate made his on-screen debut as Nicky in the short-film Nicky Two-Tone and subsequently worked in Before the Rain (2010). Moreover, in 2010, he appeared in the TV series: Underbelly and Rake along with short-films Search and Feeling Lucky.

Johnstone-Burt played Fish Lamb in the mini-series Cloudstreet (2011) and as Corey Ginley in Sea Patrol (2011).

The year 2012, proved to the career breakthrough of Hugo Johnstone-Burt; he landed in the role of Alex Rudan in Tricky Business (2012, 5 episodes) alongside Gigi Edgley and Antony Starr.

From 2012 to 2013, the Scottish-Australian actor portrayed Jamie Sharpe / Adam Sharpe in Home and Away (27 episodes) starring Ray Meagher, Lynne McGranger, and Emily Symons. Moreover, he was cast as Hugh Collins in Miss Fisher's Murder Mysteries (2012-15, 34 episodes) along with Essie Davis and Nathan Page. 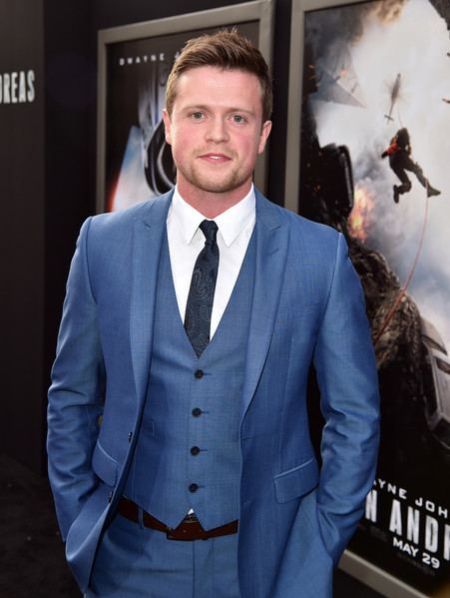 CAPTION: Johnstone-Burt got TV breakthrough with Home and Away, and Miss Fisher's Murder Mysteries SOURCE: Alchetron

The film San Andreas became a box-office hit with a collection of $474 million over the budget of $110 million.

The actor then starred as Vincent in the TV series The Wrong Girl (2016-17, 18 episodes) where Jessica Marais, Ian Meadows & Rob Collins were in the main roles until its conclusion after Season 2.

What Is Hugo Johnstone-Burt Doing Now?

With brief appearances in the TV series Hardball, Mr Black and Mr Inbetween, all in 2019, Johnstone-Burt played Constable Hugh Collins in the 2020 film Miss Fisher & the Crypt of Tears. Ever since no report of the actor's upcoming project is out.

Is In A Longtime Relationship- Name of Girlfriend?

Hugo Johnstone-Burt is currently in a relationship with his longtime girlfriend named Julie Snook. Snook is an Australian journalist who works as a presenter in Sky News Australia; moreover, she hosts the podcast The Base Camp Podcast. 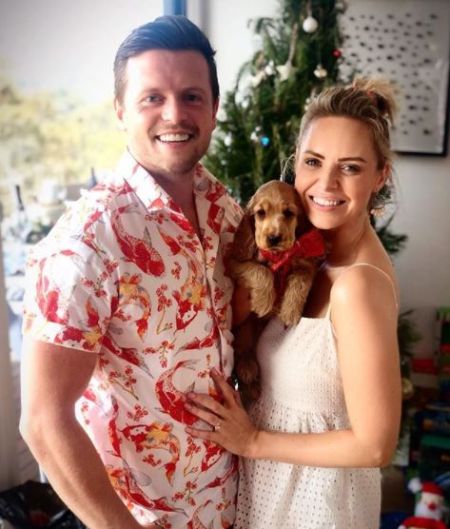 Reportedly, the duo began dating in 2016 but the detail on their courtship is yet to be out. They are yet to announce their engagement or has any plans for marriage anytime soon.

The couple barely seems shy to share their adorable moments on social media. Often, Hugo and Julie mentions each other on their Instatagram posts & feature their pet dog Daphne Lou Johnstone-Burt, a cocker spaniel.

An avid user of Instagram (@hugojohnstoneburt),  Johnstone-Burt has over 21.1K followers while his girlfriend Julie has 14.2K followers on her account (@julie_snook). He joined Twitter in August 2012 and has over 3.6K followers (@hugokjb).

Professional for over a decade,  Hugo Johnstone-Burt is yet to disclosed the exact figure of his earnings. As of November 2020, the Scottish-Australian acotor owns an estimated $300,000 net worth. Without a doubt, Johnstone-Burt's acting career is the major source of his income; he alleged summed up tens of thousand dollars per episode thorugh his roles in Home and Away (2012-13), Miss Fisher's Murder Mysteries (2012-15) and The Wrong Girl (2016-17).