How Much Is RHONJ Star Melissa Gorga's Net Worth? Details On Her Debt, Income Sources And Salary 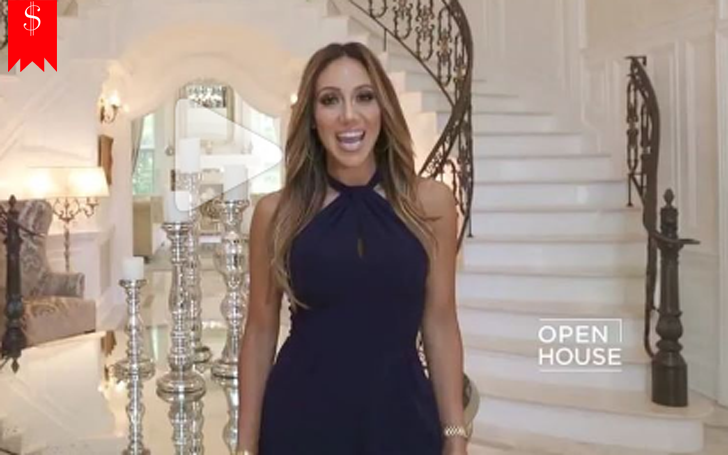 Fans assumed that The Real Housewives stars Melissa Gorga and her husband Joe Gorga were rich until 2012 when they got to know that the reality star couple was in huge debt. The fact that Melissa and Joe Gorga estimated net worth is negative was a shocker to many of their fans, and to the public in general.

Despite having a negative net worth, Melissa and Joe live luxurious life. How is that possible? And what went wrong that the couple is in such a huge debt? How much is the couple's net worth?

How Much In Net Worth Does Melissa and Joe Gorga Have?

Melissa and Joe Gorga's estimated net worth is in a negative figure. The couple's estimated net value is around $1.5 million in debt, according to celebritynetworth.com. The source also disclosed that the pair shared large assets at several places. In the year 2013, she was paid around $300 K from The Real Housewives of New Jersey.

They had $2.25 million on a mortgage which they owned taking a loan in 2007 and $250,000 from other creditors. Melissa and her husband wanted to sell their house in Tom's River New Jersey to compensate for the loan. But, the home was valued at less than what they had expected.

Even though the couple is in massive debt, they don't seem to be running out of money, on the show at least!  They might as well recover the debt-money soon; fame does bring money!

Here's How Melissa Gorga Came Into A Debt Of $1.5 Million

As per reports, most of the pair's debt is due to a loss they faced in the real estate business. According to gazettereview.com, they took a mortgage loan of $2.25 million with a Sterling Bank loan for a new real estate purchase. However, the couple couldn't pay the loan back as the property didn't value for as much as they expected.

Also, a window manufacturing company has also filed a case against the pair claiming that they didn't pay over $25,000 for many window services that they had done. It is reported that there are around 26 civil course judgments against reality stars.

The TV personality has also a considerable fan following on her Instagram account with over 1.8 million followers as of 2019. It is also a major part of her net worth as she can command over $12 K a promotional post.

Melissa Gorga rose to the limelight after her performance in the third season of The Real Housewives of New Jersey. Melissa and her husband both earned quite an impressive amount from the reality show.

Before starting off her career as a reality star, Melissa tried her luck as a recording artist, in 2011. She released a number of singles. She was also cast in some of the episodes of the Bravo spin-off show in 2015.

Melissa then tried her hands at being an entrepreneur. She started her own line of jewelry in 2014. She then established a fashion boutique, Envy in the Montclair.

However, her boutique was closed in January 2017 due to some dispute and was reopened a month later. Mr. and Mrs. Gorga also own a restaurant, Gorga's Homemade Pasta, and Pizza in East Hanover, New Jersey.

In addition, her Italian cookbook was listed in the New York Times Bestseller list. The book was written from her mother's recipes.

The reality stars also own a 9,100-square-foot mansion in the affluent Pond section of Montville. The couple has recently put the mansion on sale for  $3.5 million.

When asked why she is selling such a lavish mansion, she answered:

My family and I have so many great memories, but it might be time for a new family to come in and make their own memories.

So if you love it, call me.

The couple built the six-bedroom, seven-and-a-half-bathroom lavish mansion in 2008 and they even rented the mansion for some time.

Despite being heavily in debt, the couple lives a lavish life- a big lavish mansion, fancy wardrobe, and enough cash to spend on their expensive hobbies.

Melissa loves spending her money on branded clothes, expensive accessories, and also in parties and adventures. Melissa and her husband also love visiting several new palaces with their children.

Melissa and her husband Joe started dating back in 2003, they moved in shortly after. The couple tied the knot on August 20, 2004.

The couple recently celebrated their 13 years together. Melissa and Joe took to Instagram to wish each other on the occasion.

Melissa shared a picture of them on a romantic late-night date writing:

"Happy Anniversary to this stud of a man I get to call my husband. 13 years together is a long time & I'm so grateful for the life you have given me. We made some strong, amazing kids together & I couldn't be happier. I love you @joeygorga."

Whereas Joe shared a snap of them kissing with a caption:

"13 years together, and going strong."

The couple is blessed with three children; two daughters, Gino and Antonia, and a son, Joey. The couple appears with their children on the runway for multiple back-to-school fashion events several times.