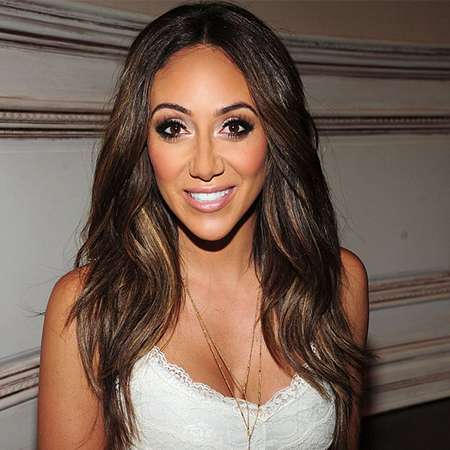 Melissa Gorga is an American reality star, singer, author, designer, and businesswoman. She is well-known for her appearance in the Bravo series The Real Housewives of New Jersey which she joined in its third season.

Melissa Gorga who is an American Television Personality and a singer was born on March 21, 1979. Her birth name was Melissa Ann Marco. She belongs to the small town of Toms River in New Jersey.

Melissa went to New Jersey City University. Melissa Gorga is an American native but ethnically belongs she is an Italian Descent.

On August 13, 2011, Melissa had her single ‘On Display’ released on iTunes dance chart selections. Though her single received mixed critical reviews she still continues to believe in her music. She has released yet other several new singles.

The singles and a four-track EP have been previewed on many of the season four episodes of the reality show she was a part of. She released two more tracks on iTunes one being ‘How Many Times’ released on  April 29, 2012, and the second one was ‘Rockstar’ which was released on June 10, 2012.

In September 2012 she released her fourth single ‘I Just Wanna’. The single was written by and featured hip-hop singer Santino Noir and is Melissa’s successful release. ‘I Just Wanna’ is her first-ever song to be made into a music video.

She is just making her starting marks in the television and singing industry. So awards are yet to come for Melissa Gorga.

According to celebrity net worth, Melissa Gorga has an estimated net worth of -$1.5 million as of 2019. She and her husband Joe revealed in the year 2012 that they are in debt. In 2007, they borrowed $2.25 million on a mortgage from the Sterling Bank.

In early 2019, the couple took their New Jersey house on the market for $2.9 million. They reduced the price by $342,000 of the house. The 9,100-square-foot mansion also features six bedrooms and seven and a half bathrooms.

Melissa has been married to Giuseppe ‘Joe’ Gorga for a long time. The couple tied the knots on August 20, 2004, in a beautiful wedding ceremony.

The couple has three children together Antonia, Gino, and Joey.

Along with her kids and spouse, Gorga currently resides in Montville, New Jersey.

Melissa is quite an envy material for women and a woman to look for, for men. She is a mother of three but her figure is still bikini perfect. She is 5’5” tall. Her body measurements are 34-25-35. She is a brown-eyed woman. Her slim and trim body has been much talked about and she credits her body to working out regularly and eating right rather than going on a diet. She works out three times a week.