How Much Is Harris Faulkner's Salary? Details About Her Income Sources 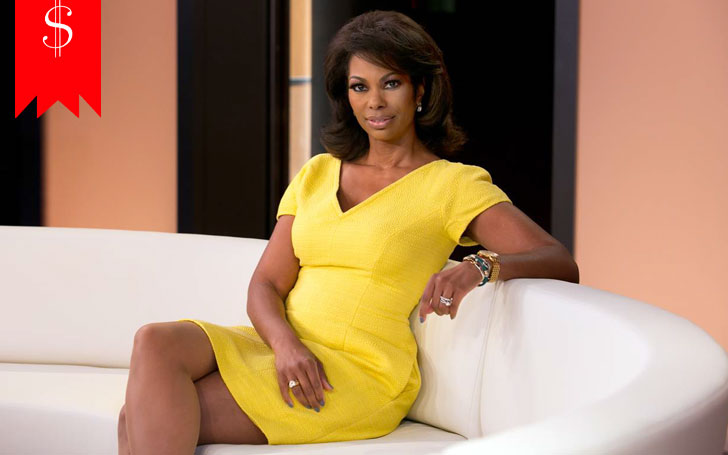 Emmy award-winning journalist Harris Faulkner works for Fox News Channel. She hosts the Fox rated show Outnumbered and Fox Report. The mother of two has had steady journalism career for more than one decade now. She is known as one of the motivational speakers who work for several charitable causes.

How much has Faulkner earned from her journalism career yet? What is her net worth? Does she have other income sources? Know all the details here.

A highly popular anchor of Fox News Channel Harris Faulkner has an estimated net worth of $4 million as per Celebrity Net Worth. Faulker started her career as a freelance business reporter from where she earned $50 per article. Her major source of income is her journalism career.

Furthermore, she served as a broadcaster and anchor at KSTP-TV, WNCT-TV and Kansas City's WDAF-TV. Apart from that, she worked as an alternate anchor on CNN’s ‘The Nancy Grace Show’. As of now, she contributed to many high-end projects.

Also read: Is Columnist Meghan McCain Married? Know about her Affair and Relation

Dear Lord hear our prayer for the families in #Manchester.Crush the evil among us #ISIS savages who rate no life as sacred #praywithme pic.twitter.com/YdFYRMrLOb

In 2015, she filed a case against toy manufacturer Hasbro for producing a plastic toy hamster bearing her name and likeness as part of its Littlest Pet Shop Line for $5 million.

Apart from journalism, she is also an author who published her first book  Breaking News: God Has A Plan - An Anchorwoman's Journey Through Faith in 1999 costs $70.94 in Hardcover. She receives a good royalty from her book sales as well. Her other books, 9 Rules of Engagement: A Military Brat's Guide to Life and Success (2018) worth $14.99 in Kindle and $16.79 in Hardcover.

With all that money coming from her jobs, she likes to spend most of her time with children and husband Tony, she frequently travels with her family quite often.

There is saying that hard work pays off, Harris Faulkner's dedication has also paid her well. She has been honored with several awards. Harris is honored with 6 Emmy awards for her excellent works.

Harris also works for charitable causes, she motivates thousands of youth about social issues.
During her tenure with Fox News, she has covered major political incidents and. She also worked with former Fox conservative commentator Bill O'Reilly.